Deoksu Palace (also known as Gyeongun Palace) originally provided residential buildings for descendants of the Korean royal family.  When all the other palaces were destroyed by fire in the Japanese invasion of 1592, Deoksu Palace became the temporary royal palace.  In 1611, King Gwanghaegun moved the royal palace to the rebuilt Changdeok Palace.  Deoksu Palace played no significant role after than until 1897, when King Gojong established the great Han Empire and declared himself emperor, setting Deoksu Palace as the central Palace of the Han Empire.  In 1907, King Gojong relinquished the throne and lived the rest of his life in the palace. 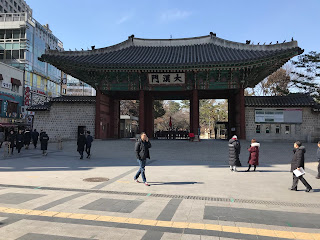 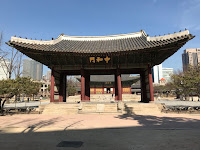 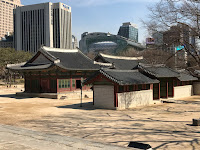 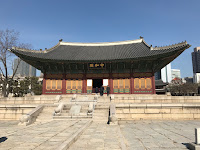 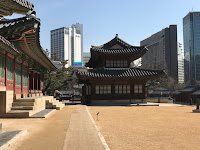 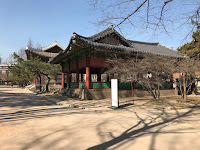 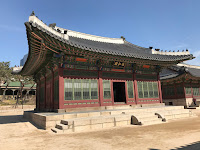 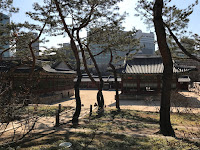 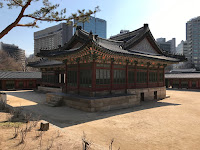 The throne hall was used for ceremonial occasions, such as coronations or receiving foreign envoys. 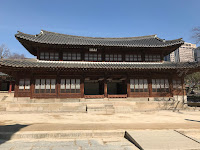 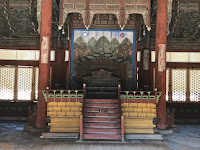 Nearby, the sleeping quarters of King Gojong included a heating system under the floor, gardens, and surrounding servants quarters. 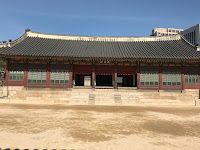 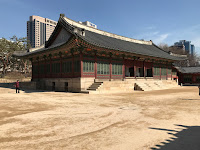 On the hill in the rear garden, an entertainment building demonstrates a mixture of Korean and Western architectural styles.  King Gojong enjoyed coffee here and held banquets for foreign envoys. 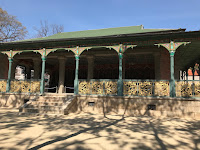 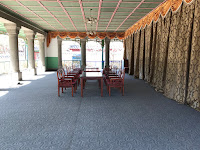 Each palace has been different and an interesting contrast to the others, I've enjoyed them all.
Posted by Sojourner at 7:30 AM