Changdeok Palace and Changgyeong Palace are located next to each other in Seoul, providing a contrast between the two great residences.  Changdeok Palace was constructed in 1405 as a secondary palace for the king.  The palace was destroyed in the Japanese invasion of 1592 and was restored in 1610, to serve as Korea's principal palace for 13 different kings over 270 years.  The palace is constructed in close harmony with the geography of the site, earning a designation as a UNESCO World Heritage site in 1997.

The main gate of the palace was used on ceremonial occasions for travels of the king. 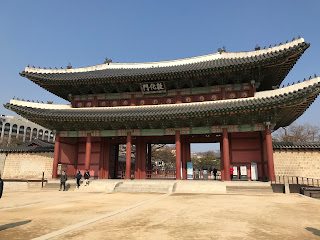 Inside the main gate, the throne hall and courtyard were used for formal state events, such as coronation ceremonies, reception of foreign envoys, and officials greeting the king. 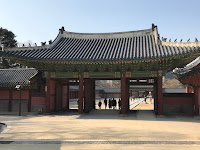 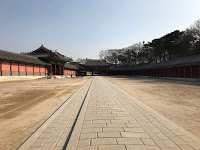 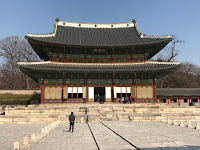 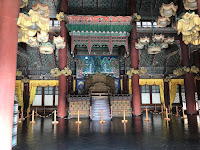 Nearby buildings housed working rooms for the king and royal staff. 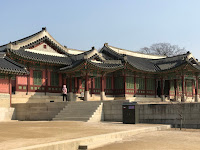 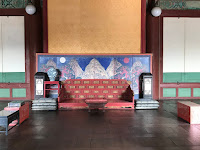 In the back, the royal residence housed the king and queen, with a gathering hall and a banquet hall. 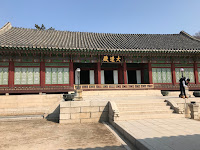 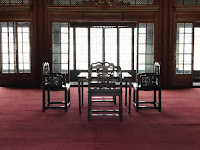 Next door, Changgyeong Palace was built in 1418 by King Sejong for his father after he abdicated the throne in favor of his son.  The two palaces share gardens and extra space in the Changgyeong Palace was used to provide additional living quarters for the palace concubines, princesses, and female attendants of the Changdeok Palace. 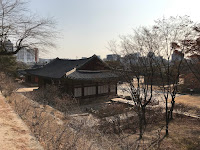 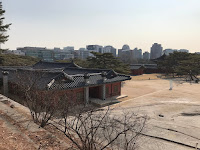 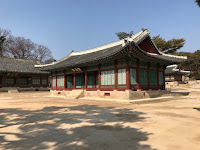 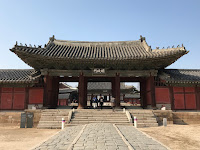 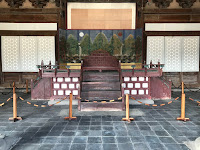 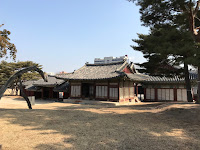 Returning to Changdeok Palace, I wander through the living quarters and view the small rooms where the palace attendants lived around the royal family. 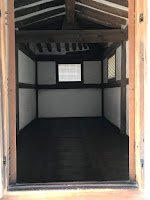 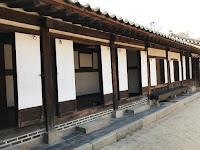 This has been a great introduction to Korean royal life and I still have another palace or two to explore.