The museum is in the former Bankside Power Station, across the Thames from St. Paul's Cathedral.  The main entrance leads into the turbine hall of the power station, which is immense and often holds special [large] exhibitions. 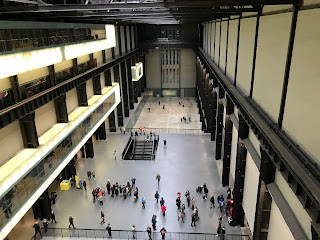 Entrance is free, as with other national galleries and museums, and I wander the galleries. 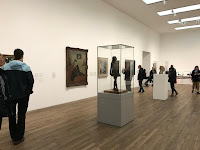 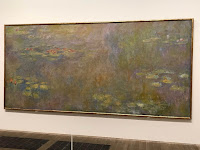 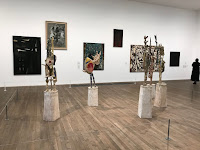 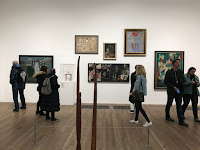 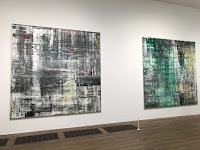 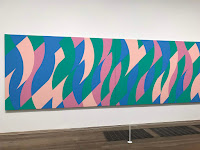 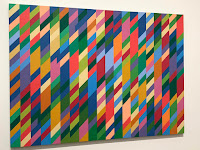 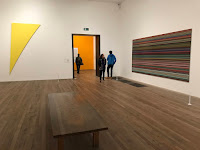 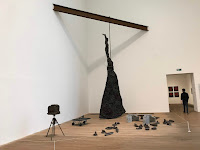 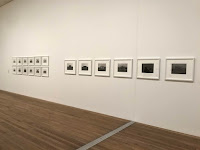 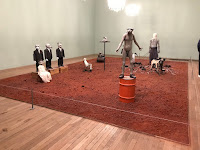 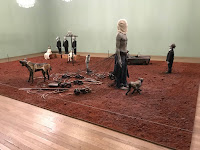 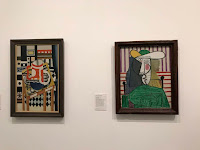 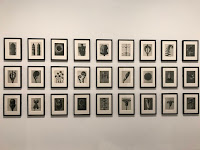 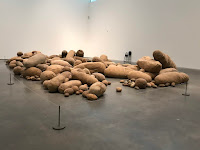 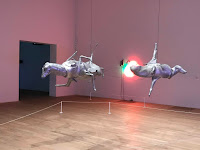 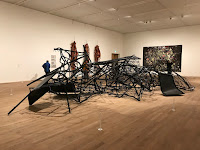 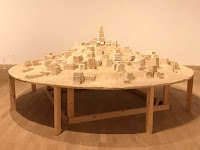 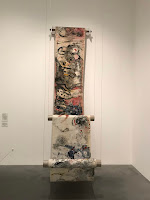 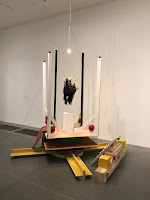 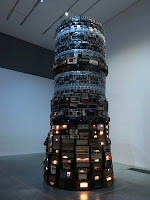 Great variety in the galleries

The museum receives 5.7 million visitors a year, one of the top ten most visited museums in the world.  In 2017, an additional building (the Switch House) was opened, increasing the gallery space by 60%.  The Tate Modern is one of a family of four museums around the UK, started from the donated collection of Henry Tate, a 19th century sugar merchant (who introduced the sugar cube to the United Kingdom).
Posted by Sojourner at 7:30 AM