The Regent's Park and Queen Mary's Garden in London

The Regent's Park is about a 15 minute walk from Camden Market and is London's largest outdoor sports area.  The park was named after Prince Regent, who later became King George IV, and covers 395 acres (1.6 sq. km, 160 hectares), including a boating lake, an open air theater, and the London Zoo.

I enter the park through the Gloucester Gate, passing the Mathilda Drinking Fountain, an 1878 statue of a milkmaid astride a rocky grotto, presented to the Metropolitan Drinking Fountain Association, by Mathilda, wife of a local churchwarden. 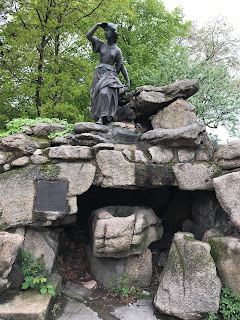 I immediately pass by large fields, some full of soccer enthusiasts. 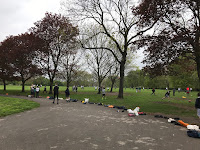 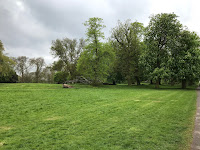 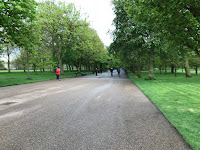 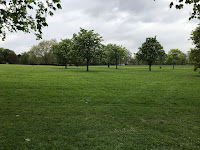 Fields and paths in The Regent's Park

In the center of the park, Queen Mary's Gardens, named after the wife of King George V, contain over 12,000 roses of 85 varieties, along with a begonia garden, a delphinium collection, a Mediterranean collection, and beautifully maintained shrubberies and paths. 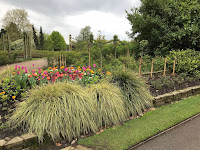 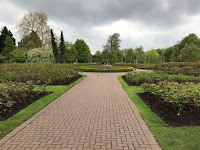 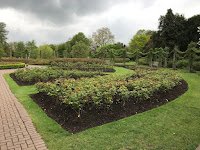 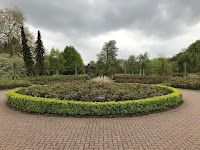 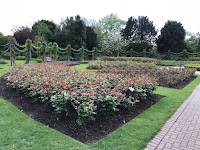 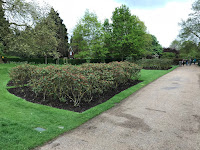 Alongside the garden, the Boating Lake offers great views, walks, and boats for rent. 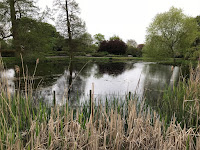 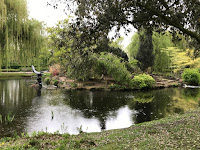 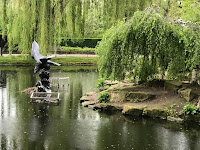 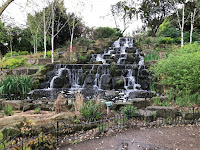 More paths through formal gardens lead us to the tennis courts and the York Gate into Westminster and serious London buildings and traffic. 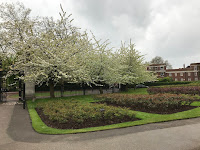 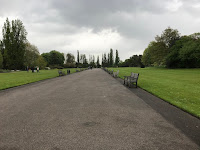 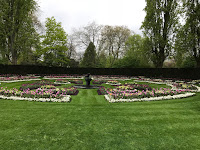 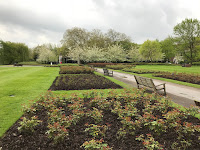 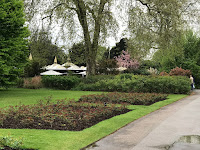 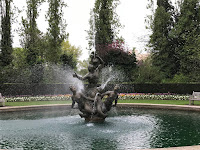 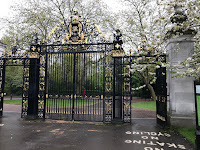 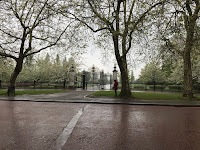 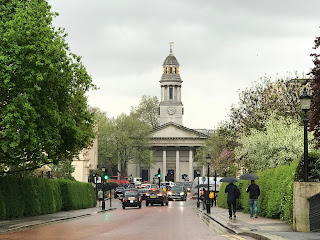 Back in the city

The Regent's Park is a fabulous oasis in the center of this busy city and has a lot to offer us all.