I arrive in London and take a walk from the Marble Arch at the northeast corner of Hyde Park (where someone has set up a ping pong table) down Oxford Street to see what I can find.  I first see the delightful windows at Marks & Spencer, followed by those at Selfridge & Co. across the street. 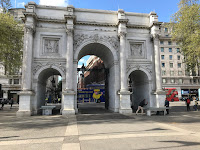 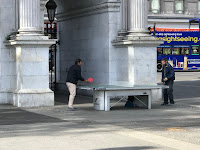 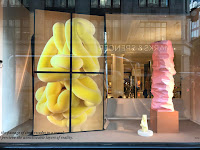 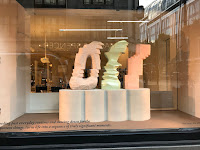 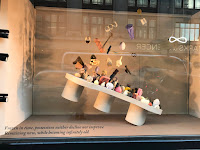 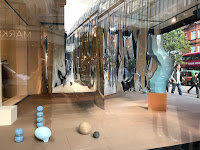 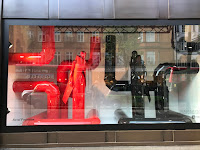 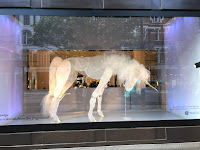 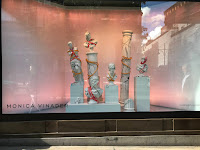 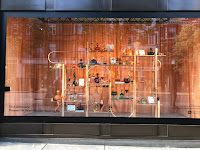 I walk south from Oxford Street, through the affluent Mayfair district, and look at the great examples of London city architecture. 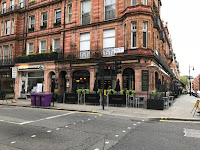 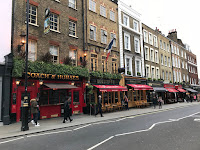 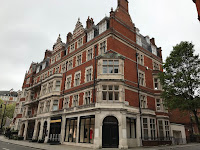 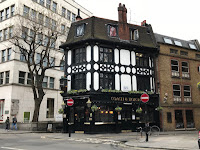 From there, it's a short walk to Regent Street and Picadilly Circus, one of London's most popular meeting places and tourist destinations, often called the Times Square of London (probably, mostly by Americans), full of light displays and billboards. 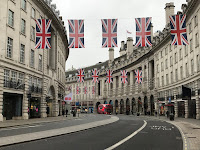 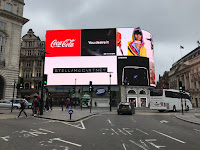 Then it's about 1/2 mile (3/4 km) over to Trafalgar Square, with the National Gallery at the top of the square and featuring, in the middle, a column topped with a statue of Lord Nelson, who commanded the British Navy at the Battle of Trafalgar. 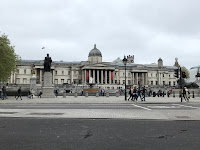 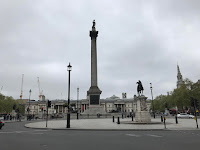 Along the way, I find street musicians entertaining the crowds strolling through the city. 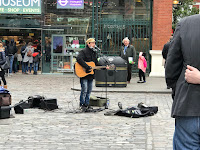 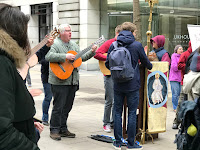 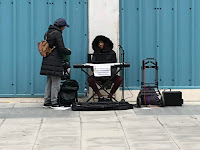 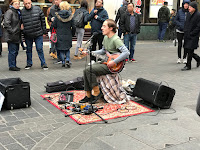 After another ten to fifteen minute walk, I arrive at Jubilee Market in Covent Garden, built in 1904 and restored in 1985.  Goods used to be delivered to the market on ponies direct from the docks and the building now features a wide variety of arts and crafts and, downstairs, a string ensemble entertaining us. 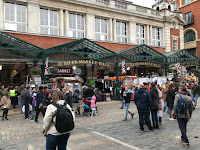 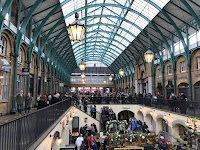 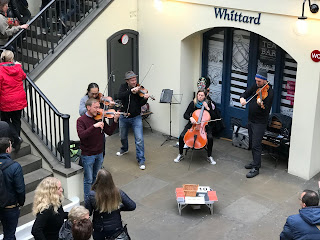 My first stroll through London captures a lot of great sites and activities and it's time to wind up the first day and think about where to wander next in this great city.