Strolling from Brick Lane to St. Pancras Station in London

Brick Lane (formerly called Whitechapel Lane) derives its name from the brick and tile manufacturers located there in the 15th century, using the local earth deposits.  Two hundred years later, in the 17th century, brewers established themselves in the area, making beer with water drawn from deep wells in the area. There appear to no longer be any brick/tile makers, still a few breweries, but most of the neighborhood is now a vibrant art and fashion area. 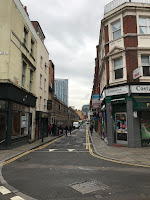 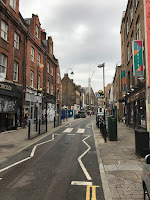 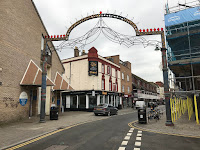 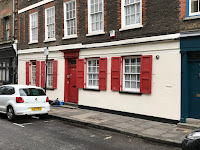 Just past Brick Lane, Old Spitafields Market houses shops and restaurants, claiming to have ten of East London's best chefs on a site where there has been a market for over 350 years.  I'm there way too early for lunch, but need to come back later when the food is ready. 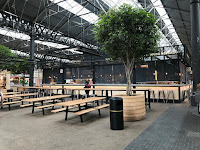 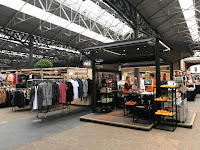 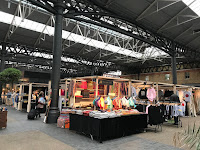 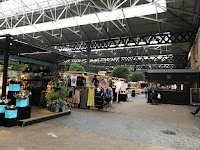 Continuing on toward St. Pancras International Train Station, I see a lot of great old buildings in what use to be the northeastern outskirts of London.  Also, lots of small parks and tree-lined boulevards. 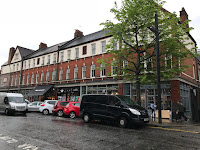 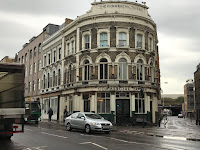 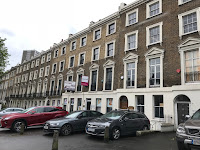 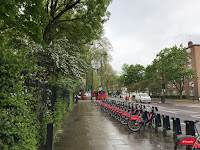 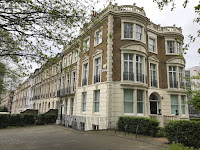 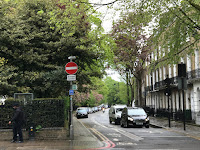 A few restaurants and bars have intriguing names and messages outside to tempt one to wander in. 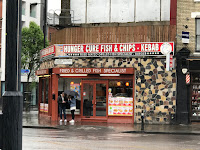 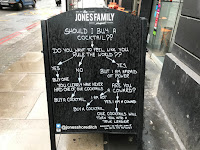 I wander into one small park, Duncan Terrace Garden, that was opened as a public garden in 1893 along the New River, an open water conduit built in 1613 to bring drinking water to London. 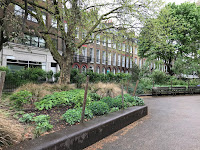 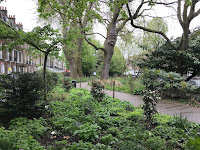 Soon, I reach St. Pancras International Station, London terminal station for the Eurostar train to Paris.  We've departed and arrived on the Eurostar several times and it is a great way to get to Paris.  I think of entering and arriving in Paris in 2.25 hours, but, tempting as it might be, this trip and blog are about London, so here I'll stay. 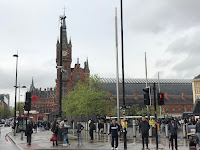 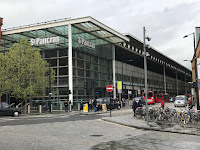 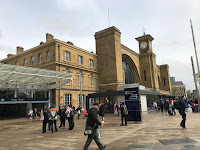 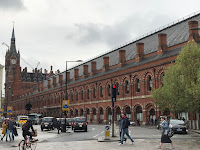 On the other side of St. Pancras, I find the St. Pancras Old Church, one of the oldest sites of Christian worship in England, dating from AD 314.  I wander into the churchyard and find a beautiful, serene park, a very different atmosphere from the busy train station next door. 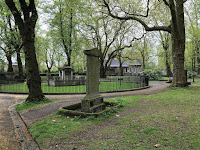 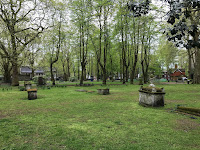 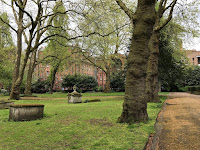 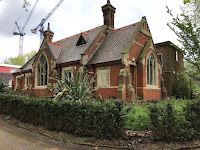 Beyond the church, I find canals and follow them toward my next destination, Camden Market. 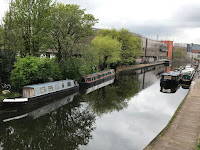 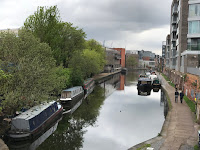