Streets of Manhattan and Central Park

Walking up 5th Avenue from Chelsea Market, we get a great view of the contrast between older New York and the modern skyscrapers that are taking over more and more of the city. 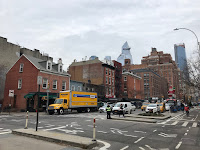 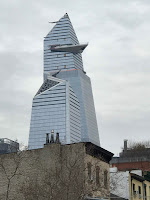 We stop and chat with one Christmas tree vendor who says that he's been driving from Alaska to New York to sell trees for twenty-three years.  He's never been farther than a block from his tree stand and thinks he should take the time to see the sites some day. 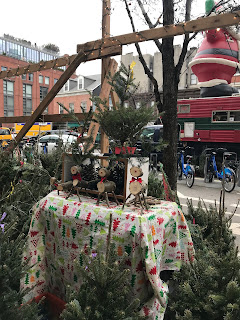 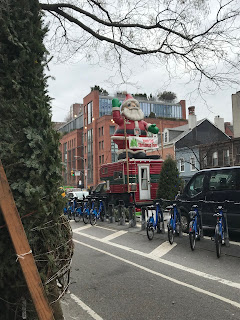 As we pass the Public Library, the lions outside are decorated in the holiday spirit. 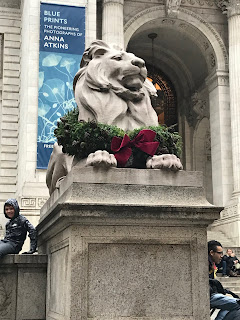 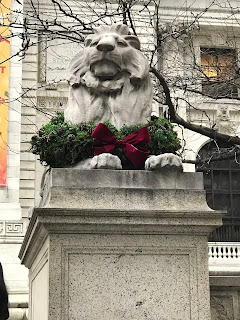 Along the street, the Salvation Army people are playing music and dancing to encourage contributions to the charity.  They're rocking and rolling and having a lot of fun at the same time. 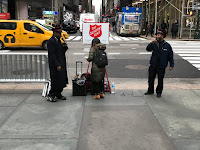 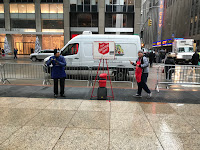 Continuing north to Central Park, we spot more decorated shops along the street, ranging from traditional to modern. 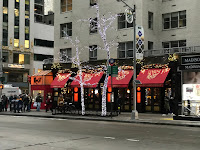 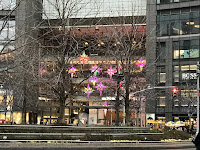 Central Park is clear of snow, but the park is beautiful with bare trees in the chilly winter weather. 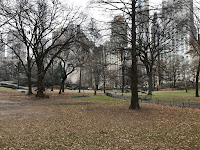 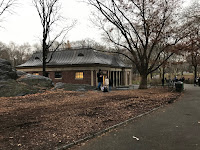 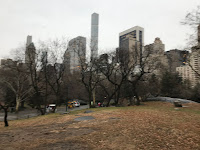 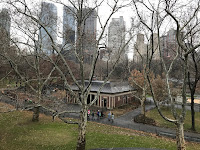 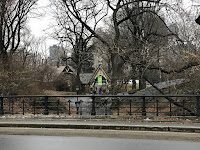 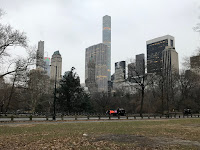 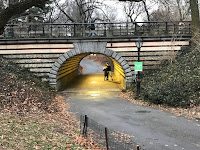 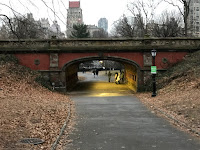 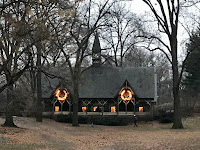 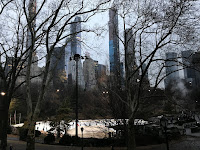 The lack of snow is not stopping the skaters in Central Park as they merrily circle around the pond and enjoy the season. 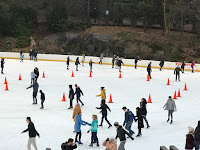 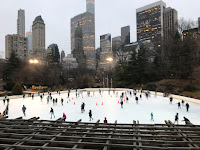 It's been quite a walk from midtown to the High Line and back up; we're ready for something warm to consume!