We hit a few of the Christmas markets to view the sights, shop a little, and watch the crowds having fun.  Our first stop is the market in Columbus Circle, at the southwestern corner of Central Park.  The Columbus Circle market has local vendors from the boroughs of New York City, New Jersey, and farther afield with representation from many other states and countries.  The food court has a great selection and, once again, our timing is bad and we're not there for a meal (maybe another year). 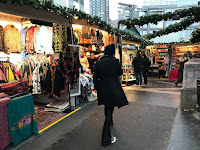 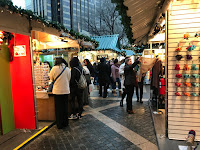 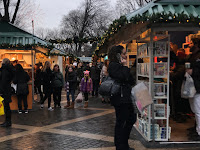 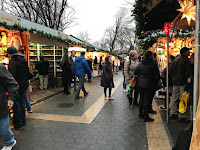 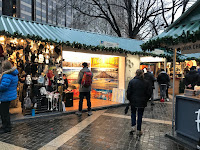 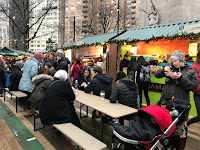 Near the public library, at 42nd Street and 6th Avenue, Bryant Park features a great assortment of vendors, an enclosed food court, and an ice skating rink, where a few brave souls are skating in the rain. 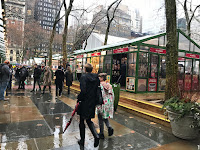 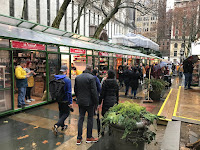 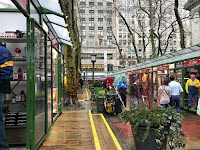 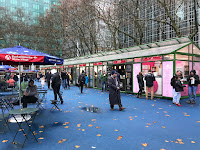 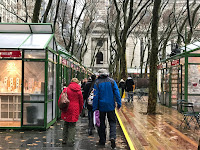 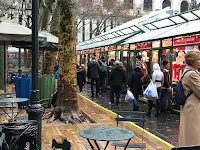 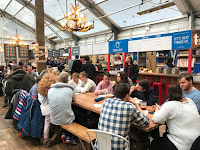 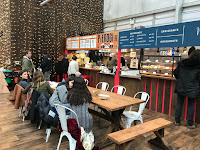 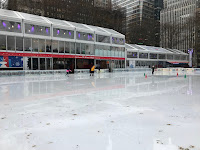 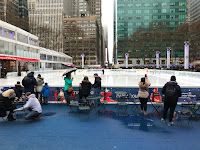 A few markets from previous years are no longer in existence, replaced with art and decorations in the parks in which they were once located. 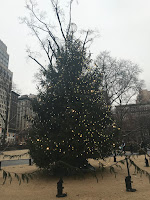 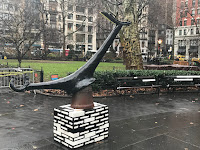 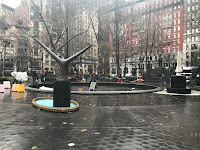 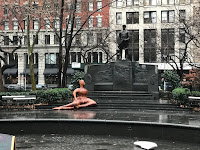 To balance out the loss, there are a few pop-up markets along the streets, which we head into as we stroll the city. 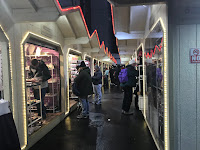 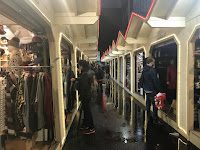 It's always fun to wander the markets, particularly to see the displays by the local artists, jewelers, potters, and other artisans and we've enjoyed another delightful trip through holiday shopping land.

Meanwhile, enough shopping, we're off to see Kinky Boots on Broadway.  I take one picture of the set before the show and we catch Laura in the Lola character cutout outside the theater. 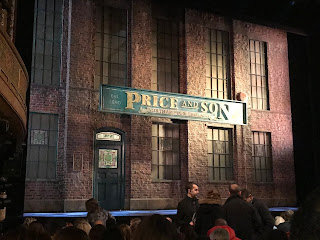 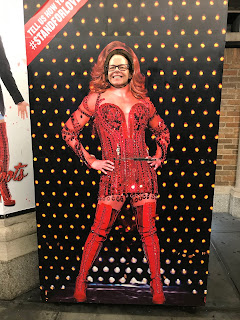 What fun!
Posted by Sojourner at 7:30 AM