Moving on to Bilbao, Spain

We take the high-speed train (TGV) from Paris to Hendaye on the Atlantic Ocean at the France-Spain border, walk across the parking lot into Spain, and hop on a local train (Euskotren) to San Sebastian, where we catch a bus to Bilbao. 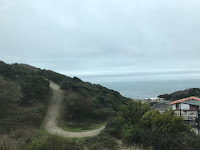 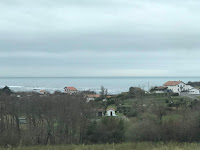 Atlantic coast in France near the Spanish border 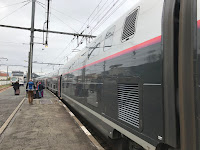 Getting off the TGV in France 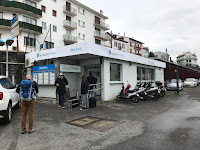 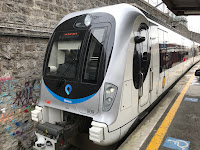 Crossing into Spain and getting on the Euskotren

We stop for lunch at the Euskotren station in San Sebastian and have our first introduction to pintxos (tapas), which will be a major theme for the next week, grabbing a shrimp on baguette and a ham and cheese sandwich, along with two glasses of wine.  They're incredible and we think, "we're eating this great meal at the train station, it can only get better!" 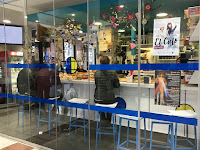 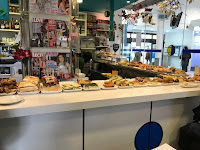 Pintxos bar at the Euskotren station 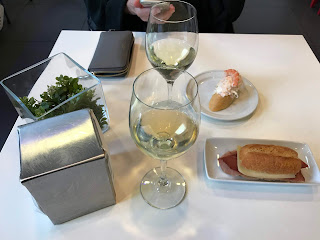 Pintxos for lunch (and a glass of wine)

The short walk over to the river in San Sebastian, then a few blocks to the main bus terminal, is scenic and we are looking forward to returning to San Sebastian in a few days.  But first, on to Bilbao. 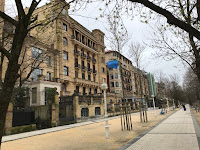 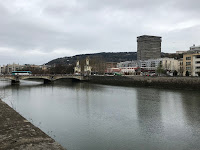 Walk through San Sebastian from train station to bus station

Our bus pulls into the station in Bilbao and, as it's a beautiful day, we decide to wheelie our luggage along the Nervion River to our hotel, taking in the sights along the way, including walking past the rear of the Guggenheim Museum.

Bilbao is the largest city in the Basque Region of Spain and has roughly one million people living in the metropolitan area.  Starting in the 14th century, Bilbao was an important commercial hub and was heavily industrialized during the 19th and early 20th century, making it the second-most industrialized region of Spain, after Barcelona.  Bilbao is currently undergoing revitalization, including the Guggenheim Museum and many infrastructure improvements (airport, rapid transit, tram lines, and a new multi-purpose culture and leisure center). 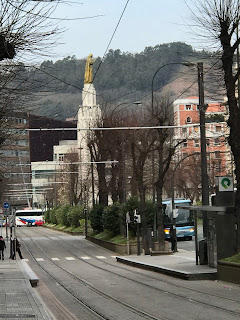 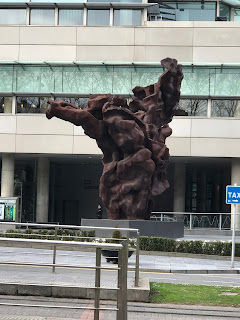 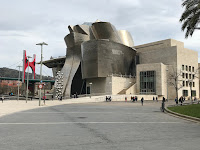 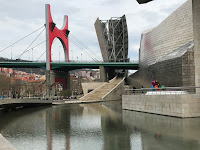 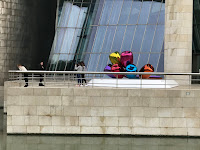 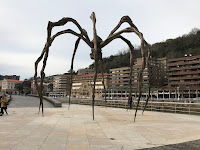 A few more bridges along the river and we reach our hotel, check in, and head into the Old Town, where we wander the streets to get a flavor of this fabulous city. 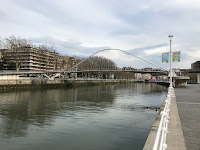 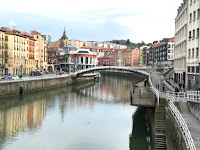 Continuing along the river to our hotel, then into Old Town 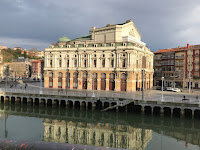 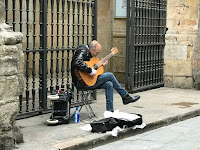 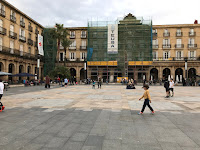 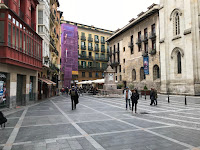 As the sun sets, we wander by a religious ceremony, and run across the participants a few times during the evening. 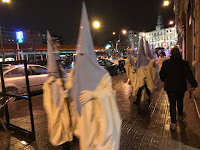 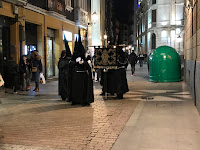 We wander and see lots of tempting possibilities for dinner and start to choose.