The Cambodian National Museum is next to the Royal Palace and houses one of the world's premier collections of Khmer art, including sculptures, ceramics, bronzes, furniture, and other objects.  The museum stretches around a large courtyard with everything open to the air, making for a beautiful and welcoming presentation. 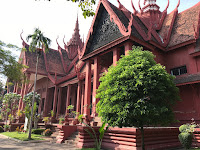 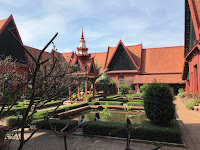 National Museum, outside and inner courtyard

The first halls are filled with ceramics, statues, and furniture. 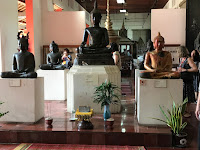 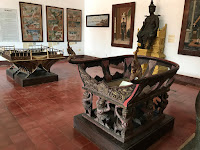 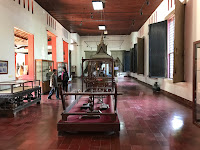 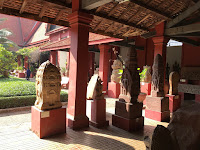 Outside in the courtyard are larger statues and other works of art. 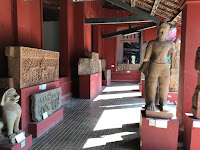 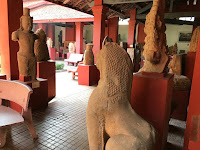 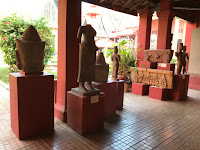 Deeper in the museum are large stone sculptures and discussions of Khmer art:  "The artists of ancient Cambodia made sculptures characterized by universal beauty:  harmony of composition, naturalism, and precision of execution.  Although sculptural style changed over time, Khmer sculpture continuously observed a delicate balance between simplicity and attention to detail, humility and grandeur, subtlety and expressiveness."

The sculptures on display date from the late 6th and early 7th centuries and represent divinities of Brahmanism and Buddhism, such as Shiva, Vishnu, Brahma, and the Buddha. 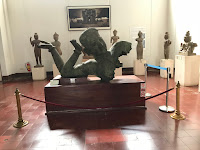 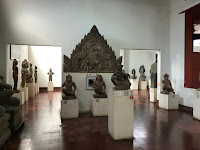 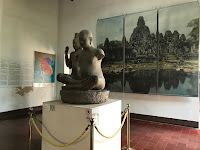 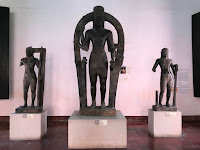 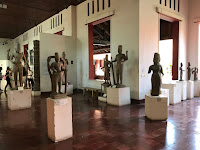 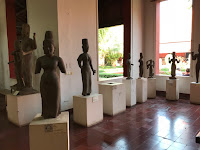 Other displays show gold jewelry, both for royalty to wear and for adorning stone statues of deities housed in temples.  Prior to modern times, jewelry was worn in Cambodia not just as an accessory, but as a sign of social status.  Jewelry was expensive and rare and was worn to differentiate oneself from others within the cultural, social, and religious contexts of the community. 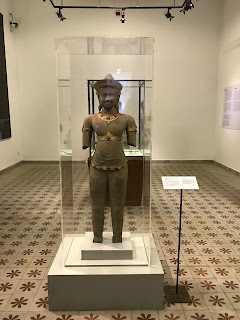 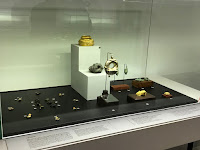 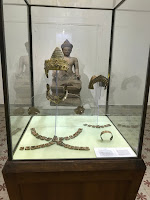 Metal casting began in Cambodia between 1500 BC and 1000 BC.  Sculptures and jewelry from that era are made of bronze, gilded bronze, and iron. 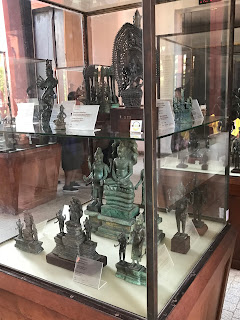 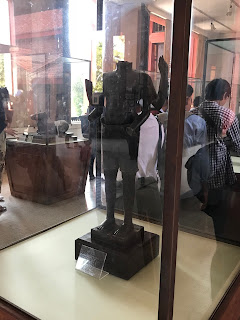 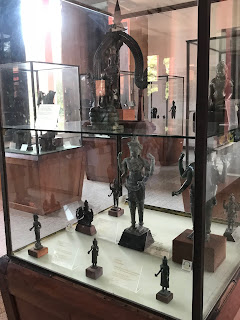 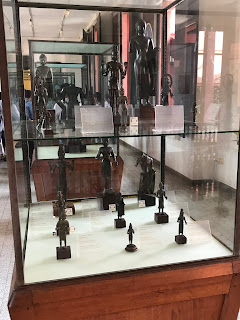 Near the entrance/exit is the statue of Garuda, a legendary bird-like creature found in Buddhist, Hindu, and Jain mythology.  This one dates from the first half of the 10th century. 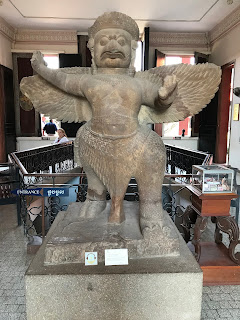 The National Museum is small, but well laid out, attractive, and instructive.  I enjoy my brief spin through the facility.