Clearwater is the county seat of Pinellas County in Florida and was first settled in 1842, after the Second Seminole Indian War, when the Federal Armed Occupation Act of 1842 offered 160 acres (.65 sq km) to anyone who would cultivate the land and bear arms in defense of the U.S.  After the arrival of the Orange Belt Railroad in the 1880s, Clearwater grew rapidly and was claimed to be "the healthiest spot on earth."

Coachman Park in Clearwater is on the Intracoastal Waterway and next to the downtown district of government offices, residential streets, and the Church of Scientology, which has its headquarters in downtown Clearwater. 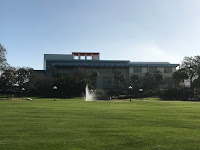 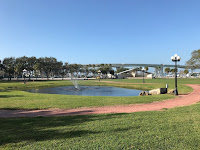 Cleveland Street starts at Coachman Park and extends across the city, with fabulous old architecture, shops, restaurants, galleries, and offices.  The Capital Theater opened in 1921 for vaudeville and movies and reopened in 2014 to host concerts and other live events. 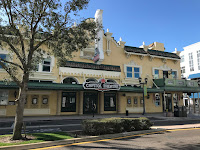 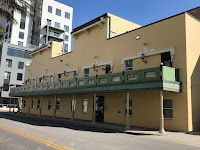 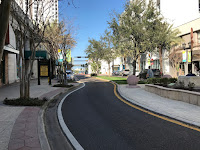 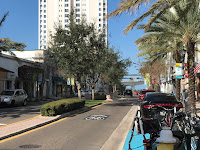 Situated along the street are works of art and sculpture.  And, randomly scattered through the town are statues of dolphins, each done differently, over 80 of which are  are located in the city on the "Dolphin Trail." 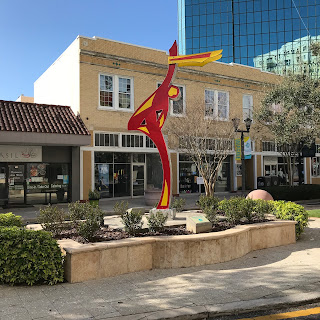 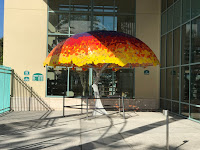 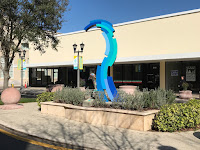 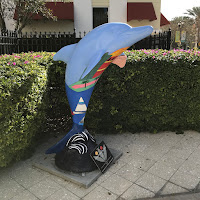 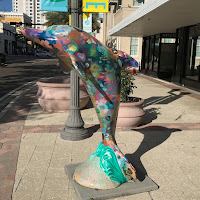 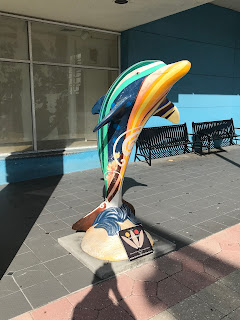 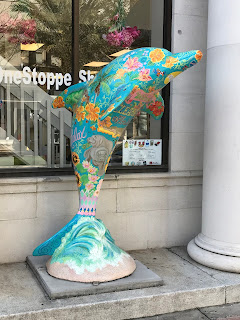 Random dolphins on the Dolphin Trail

Along the street are beautiful small courtyards, parks, and alleyways.  Station Square Park is located at the site of Clearwater's first train station, operating from 1888 until 1960.  Gas Light Alley is dedicated to citizens who worked to improve downtown Clearwater 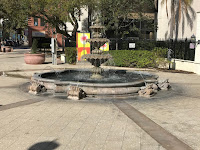 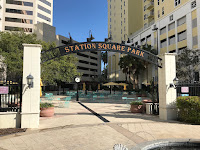 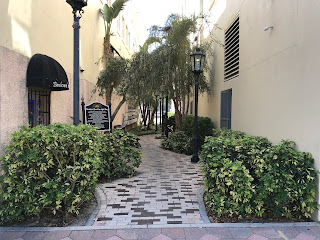 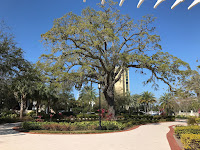 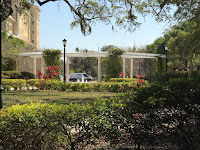 Park alongside the Fort Harrison Hotel

The buildings are historic and beautiful, including the old post office, a Mediterranean-Revival style building dedicated in 1933 and constructed of limestone quarried in the Florida Keys. 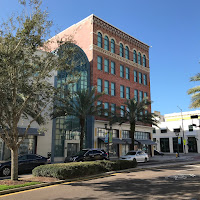 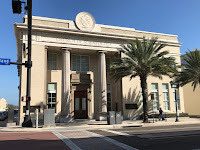 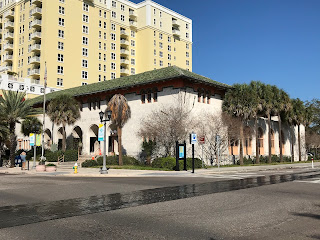 South of Cleveland Street, much of the city is filled with government offices and Church of Scientology offices.  The old Pinellas County courthouse was finished in 1918, a great example of Neo-Classical Revival architecture, and offers quite a contrast with its modern replacement. 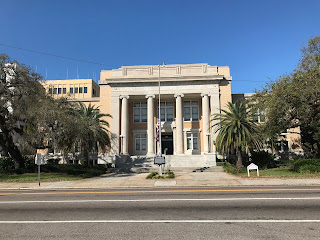 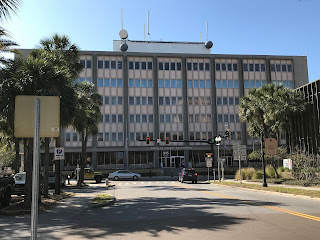 Near the old courthouse is the worldwide spiritual headquarters of the Church of Scientology in the Flag Building, the largest building in Clearwater, occupying a full city block. 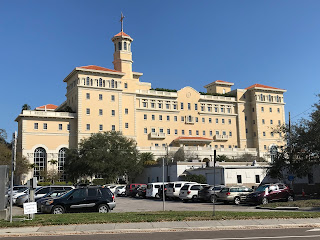 Back at Coachman Park, I walk along the water, enjoying the views of the causeway to Clearwater Beach, the harbor, the piers, and the beautiful scenery. 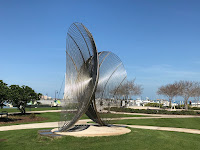 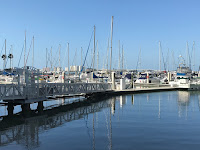 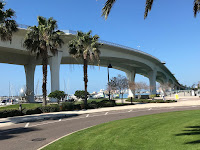 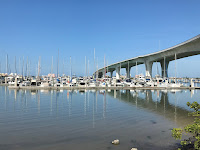 Back at Coachman Park

Clearwater is primarily a county seat and the Scientology headquarters, but also has a lot to offer for a relaxing day.
Posted by Sojourner at 7:30 AM