Back to Beijing!  It has been a few years and I am excited to be returning.  I conveniently arrange a hotel near one of the two Airport Express Train stations in the city (also a metro station). 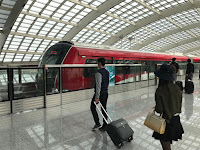 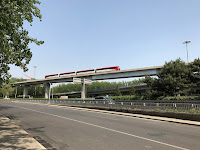 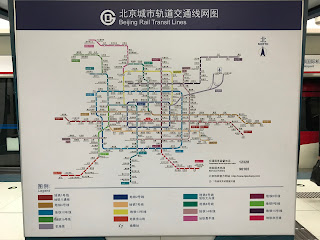 For my first exploration in Beijing, I hop on the metro and head over to Tiananmen Square in the heart of Beijing, a significant symbol of the city.  Like everywhere in the world these days, security is tight at the square and, after leaving the Metro, I join a long line to pass through metal detectors prior to entering the square.

Once inside, I just wander, taking in the sights of this magnificent square, reportedly the largest such city square in the world.  In 1949, Chairman Mao Zedong announced the founding of the People's Republic of China in the square and his mausoleum is located in the center section. 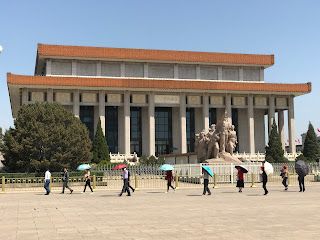 The square is surrounded by the National Museum of China on one side, facing the Great Hall of the People, where the national people's congress meets, on the other. 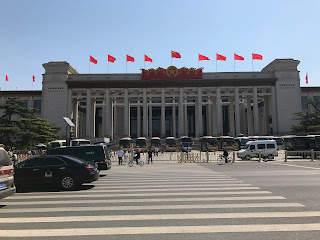 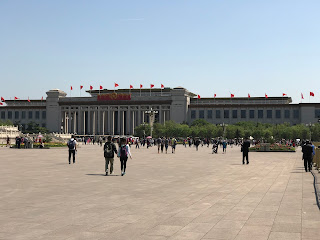 Great Hall of the People

At the top of the square is Tiananmen Gate, the Gate of Heavenly Peace, built in 1492 and serving as the main entrance into the Forbidden City, the Chinese imperial palace for almost 500 years. Tiananmen Gate faces, in the square, Mao's Mausoleum and the Monument to the People's Heroes, completed in 1958 and dedicated to the martyrs of revolutionary struggle. 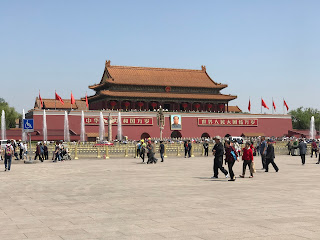 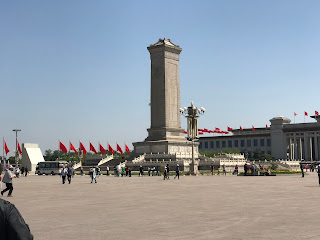 Monument to the People's Heroes

Although the square is huge, with Metro stations at the top and bottom, it is great for strolling, with beautiful floral gardens. 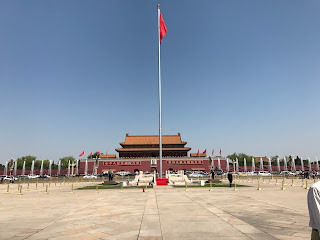 Tiananmen Gate from the middle of the square 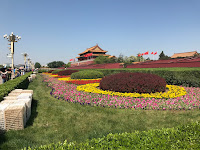 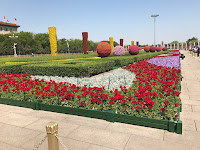 Floral displays in the square

At the south end of the square, facing the mausoleum, is Zhengyangmen Gate, built in 1419 and once serving as guard station and entrance through the walls of the city (long since demolished). 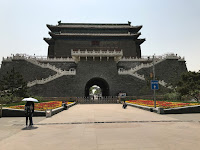 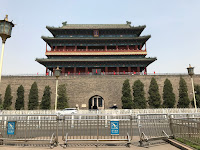 Zhengyangmen Gate, from inside and outside

And, just outside the square, a great traffic sign tells drivers how to navigate around the square. 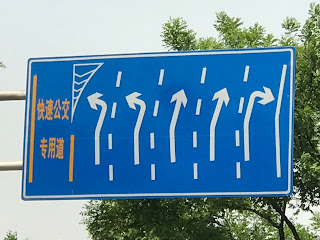 And, I, having made the obligatory visit to Tiananmen Square, will now follow one of the paths off the square to explore and experience more of what Beijing has to offer.
Posted by Sojourner at 6:39 AM