I recently have about eight hours between flights at the San Francisco airport, flying in from Newark in the afternoon and out to Singapore late that evening, and decide to explore my home airport. 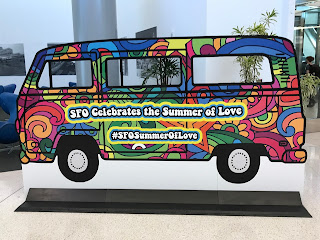 I've admired the artwork in other airports around the world, but never really took the time to check out SFO.  Well, now I have the time and I'm off to explore the art in the United terminal. 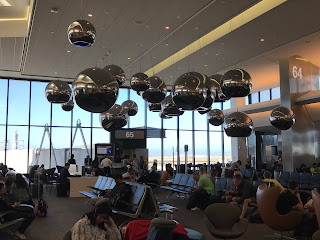 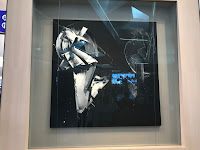 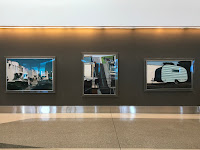 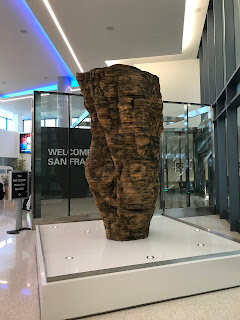 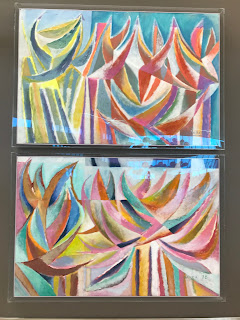 Sculpture and paintings near gates 60-67 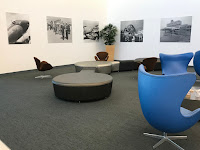 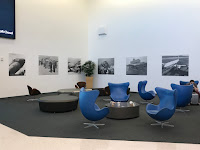 Art and waiting/resting area near Gate 60 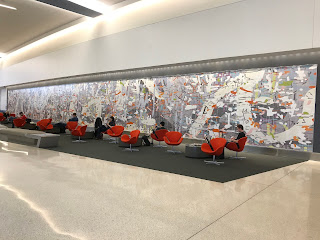 Mural and waiting area in hallway between gate areas 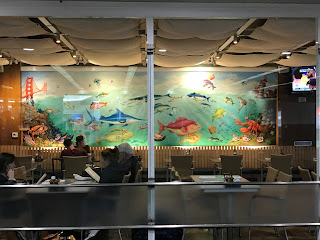 The wide main corridor to United gates 76-81 always has great displays put on by the SFO Museum and today the focus is on old-time slot machines, called "Games of Chance".  The Museum has displays in many of the terminals, truly enhancing the experience of the airport and giving passengers, crew, and airport employees something interesting to explore as we pass through. 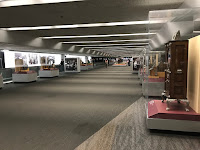 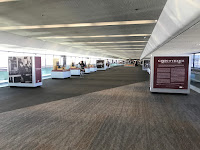 Games of Chance extends down the corridor 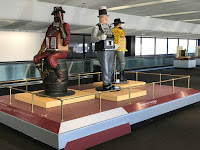 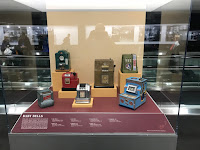 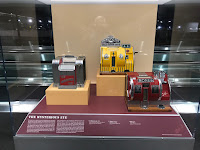 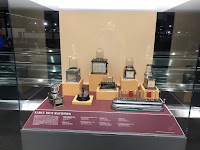 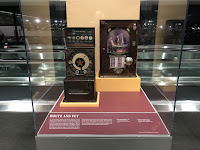 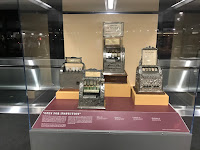 I complete my pass through the United domestic terminal (Terminal 3) and take the connecting hallway to the International Terminal, discovering that it takes about 30 minutes to walk from the far end of the Domestic Terminal, past all the domestic gates, then past all the United international gates.  I do this several times to kill time and get in a little exercise before the 16.5 hour flight to Singapore (currently United's longest flight). 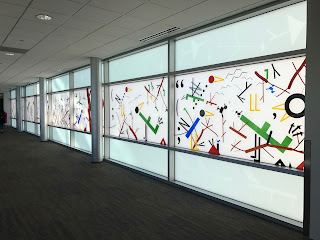 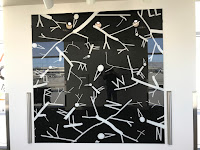 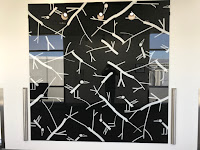 Artwork along the hallway between domestic and international terminals

In the International Terminal, as I pass the gates, I stop to admire (and photograph) the artwork above several of the gates. 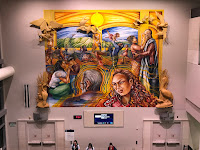 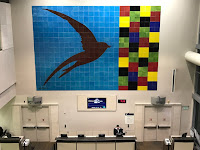 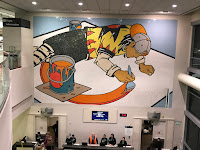 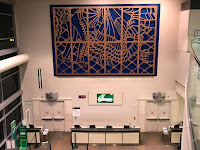 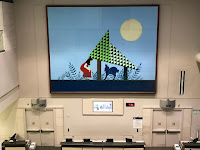 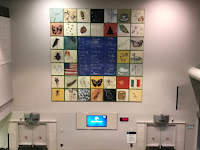 I'm glad that I have the time to explore some of SFO.  Normally, I dash in and out, departing and arriving.  Spending time connecting there gives me the opportunity to see my home base in a new light and to appreciate what I've been seeing and enjoying in other airports.