It is approaching Christmas time and that means that the folks at Bordeaux Classique in St. Emilion, France send their annual offer which becomes our Christmas wish list!  This is the best time to order wine from France as it is cold in the northern parts of the U.S. and Europe and it's safe to ship the wine from St. Emilion in Bordeaux to us in California.

When we were wandering about St. Emilion a few years ago, we spotted a small wine shop, Bordeaux Classique, that had a large number of open bottles, ready for tasting.  We walked in, met Greg, and tasted some great wines.  We ordered a few cases of what we liked to be shipped home and have been ordering from them every year since then (allowing us to extend the holidays all year long).  And, when we open the wines and drink them at home, we can taste the distinctive terrior of St. Emilion, whose first vines were planted by the Romans around 56 BC. 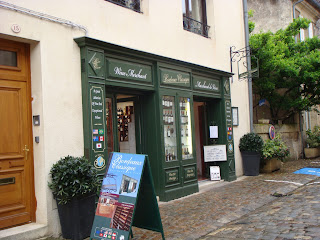 For my sixtieth birthday a few years ago, we met several of our friends in St. Emilion and Mansur at Bordeaux Classique arranged a tour for our group at one of the older wine chateaus in the city, Convent du Jacobins, located, appropriately, in old convent in the city.  And, we all stayed at another wine chateau, Le Relais de Franc Mayne, with nine themed rooms for rent, just a ten minute walk outside the city. 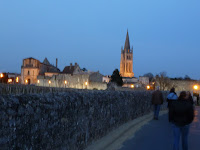 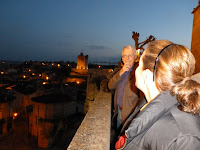 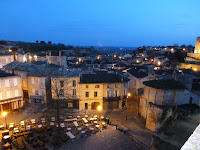 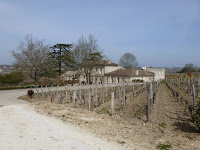 But, this is a blog entry about Bordeaux, the wine.  Every year, when it gets cold enough for a wine shipment to make it from France to California without running into warm temperatures that would harm the wine,  we email Greg and Mansur and ask them to recommend a mixture of red and white Bordeaux wines, generally from the St. Emilion and Pomerol regions of Bordeaux, but occasionally with something from another region thrown in.

This year we choose three cases of red Bordeaux (two for us and one for Jennifer) and one case of a mixture of whites, all ranging in price from 12 to 40 euros ($13-$43) per bottle.  The wines ship the day after Thanksgiving (and thank you Brexit and global politics/economics, the euro against the dollar is really good) and arrive the next Monday, after a brief stop at the UPS facility in Louisville, Kentucky to clear customs, then on to California.  The shipping and duty on the wines are very reasonable, UPS handles the customs clearance smoothly and transparently, and, a few days later, we have some great young Bordeaux, that we will put in our closet for a year as we open the shipment from last year. 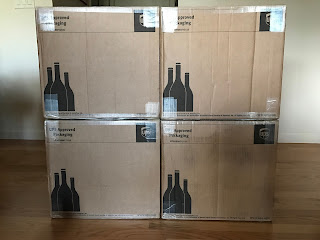 This year, we include some old favorites and add some new experiences to our shipment:

Bordeaux Classique is also offering some great champagnes, but we decline this year as we have a fabulous source for champagne locally in San Francisco, K&L Wines, and have been members of their Champagne club (shipment every other month) for years.

But, all this talk of wine makes us thirsty.  Time to open a bottle from last year as we store this year's shipment away and toast to all of our family and friends!