We stop for a day at Pigeon Island National Park, St. Lucia.  Our cruise ship, the Wind Star, anchors in the middle of the bay and we go ashore to the beautiful island, now connected to the rest of St. Lucia by a causeway.  One side of the island has calm, sandy beaches, while the other side has high surf and wind. 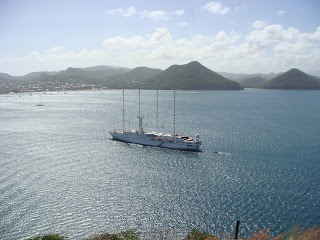 At anchor in the bay 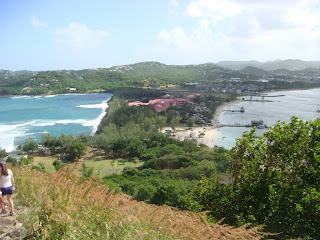 Both sides of the island, calm bay on the right, surf on the left 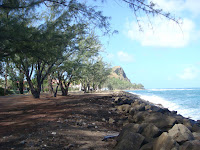 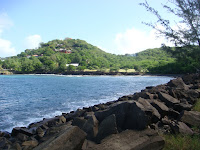 Views of the high-surf side

Before we swim, we walk to the closest town, Gros Islet, about 3 km (1.9 miles) away from the island and pass some great island signs. 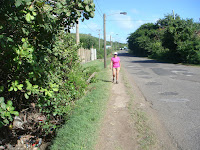 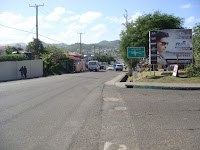 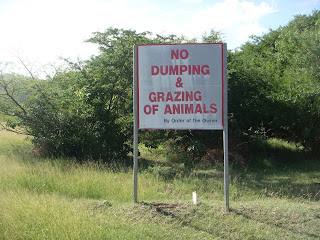 Dump and graze your animals elsewhere! 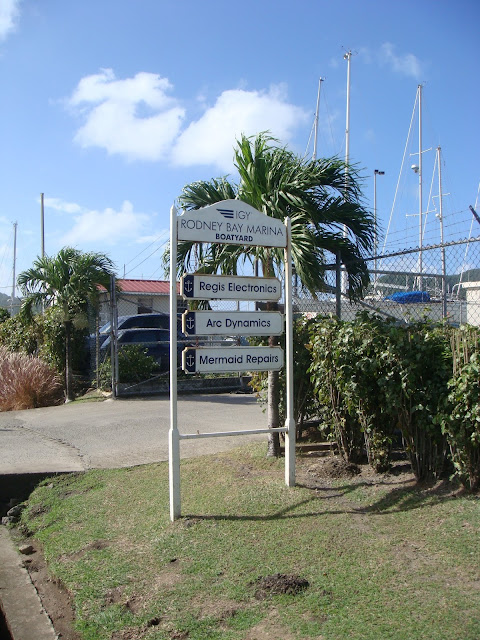 At the end of Pigeon Island stand several tall hills that provided strategic lookout points for the British to monitor traffic in the area and guard the bay, particularly watching out for the French coming over from Martinique, 81.5km (51 miles) away, in their contest for the control of St. Lucia.  The ownership of the island changed between the French and British around a dozen times between the late1600s and 1814, when the British took permanent ownership.  In 1979, St. Lucia achieved full independence.

After returning from Gros Islet, we hike up to the lookout points and enjoy the panoramic view of St. Lucia's northwest coast, without having to watch out for the French. 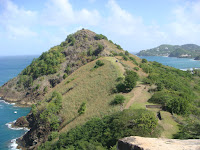 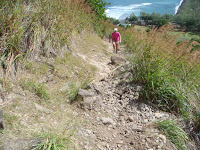 Hiking up to the lookout points 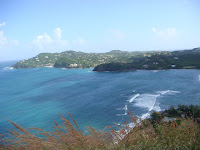 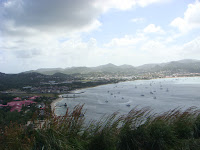 After hiking, we head down to the beach on the bay, swim for a while, then stop at a beach shack for a local Piton beer.  What a great, relaxing day.  As the ship leaves Pigeon Island, we head down the western coast of St. Lucia past the Pitons (probably named after the beer),  a UNESCO World Heritage Site since 2005, consisting of two mountainous volcanic spires, 771m (2530 feet) and 743m (2438 feet) high. 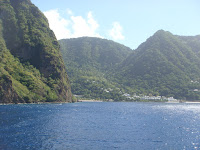 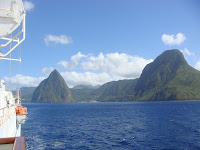 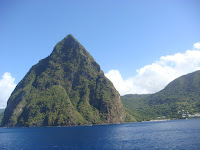 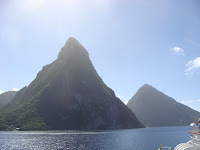 Along the coast, past the Pitons

After passing the Pitons, it's open water and time to relax. 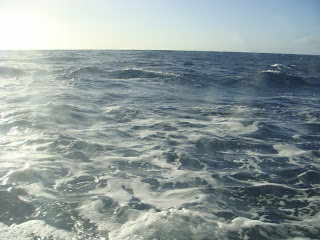