A Quick Stop in Barbados

Our cruise through the West Indies starts and stops in Barbados, so we get to spend some time on the island at each end of the week.  Initially, we arrive in Barbados at 1am, at which time there is not much going on. But, later that day, after a little sleep, we start to relax and enjoy the island.

We're staying at the Hilton in Bridgetown, which has a small beach, with a much quieter beach around the corner in the bay.  Not to mention the beach bars on the bay. 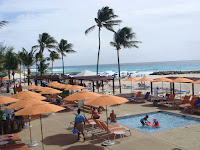 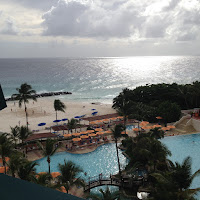 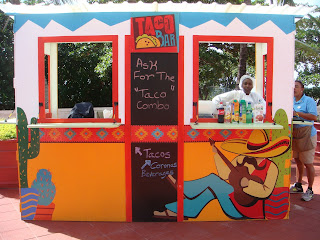 Taco stand at the Hilton pool 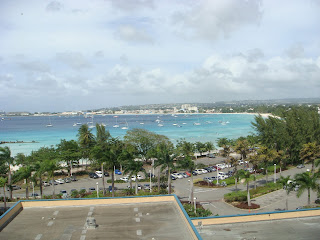 View of the bay next to the Hilton, with beach bars on the far side 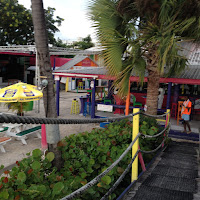 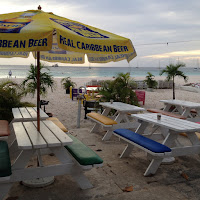 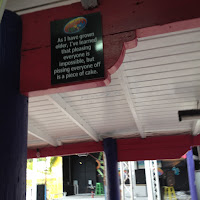 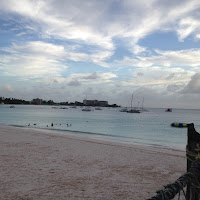 Beach bar across the bay from the Hilton in the distance

Barbados is rich in history, claimed by the the British on behalf of King James I in 1625 and eventually gaining full independence in 1966.  The parish structure and architecture of the parish churches reflects the influence of the Church of England. 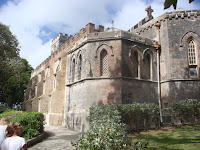 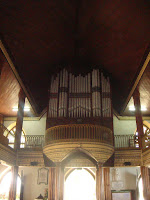 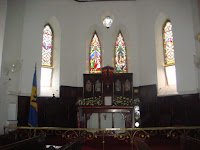 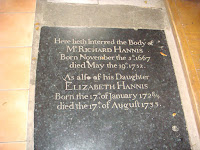 St. John's Parish Church and gravestone behind the church 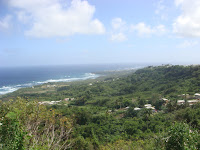 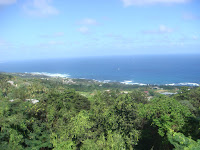 View of the coast from St. John's Parish Church

Barbados is the eastern-most Caribbean island and is the only island not created by volcanic eruption.  Barbados was formed by the collision of the Atlantic crustal and the Caribbean plates, causing tectonic uplifts which ultimately pushed coral reefs out of the water.  This action created many caves, the most popular of which is Harrison's Cave, which developed from water erosion of the underground coral beds.  Harrison's Cave was not seriously explored until the 1970s and, in 1981, was opened to the public as a major attraction of the island.  The beautiful stalactites and stalagmites in the cave developed through infusion of the calcium-rich water through the limestone rock of the cave.  We tour by tram that descends 180 feet into the cave. 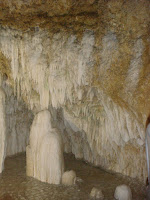 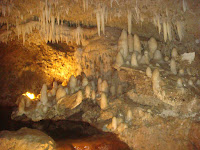 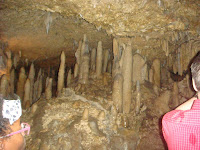 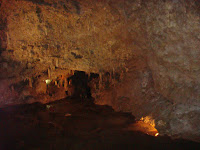 Stalactites and stalagmites in Harrison's cave

The British built many large plantation houses, Great Houses, where the plantation owners lived.  The original Sunbury Plantation House in the parish of St. Philip was built around 1660 by one of the first British settlers on the island and became the the Great House for a plantation that grew to 413 acres.  Sunbury Plantation House is open to the public and features one of the best collections of antiques and artifacts in Barbados, including the largest collection of antique carriages in the Caribbean and many items used in the day-to-day operation of the plantation. 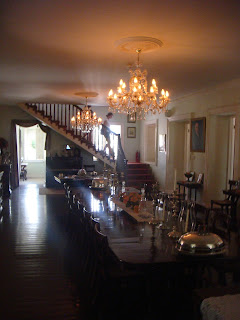 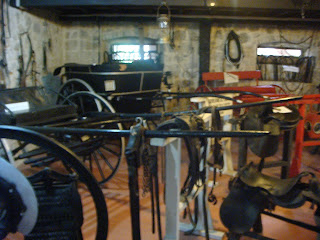 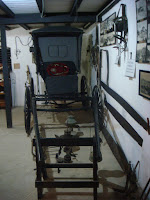 A few of the carriages 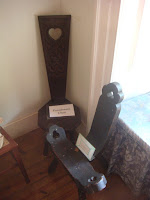 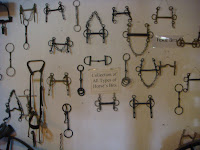 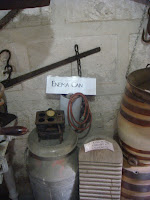 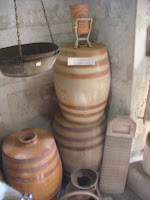 Random other items displayed at the Sunbury Plantatation House

Everyone we meet in Barbados is friendly and helpful and we truly experience a lot there in our few days.  To end, we must show a tropical display, then move on to another island. 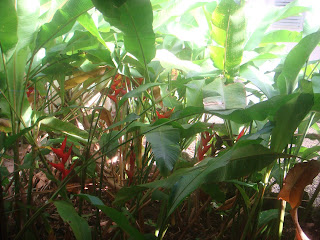 Posted by Sojourner at 7:17 AM