A Day Trip to Bruges

We've always wanted to go to Bruges, and not just because of the 2008 dark cult film In Bruges with Colin Farrell and Brendan Gleeson as two Irish hitmen doing their bloody work in Bruges.

The city itself is quaint and beautiful.   We catch the train from Brussels for the hour-long ride to Bruges. 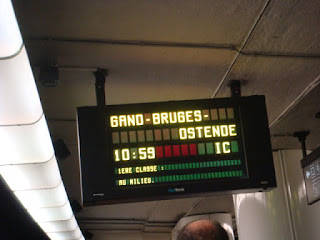 Catching the late-morning train from Brussels

We arrive in Bruges and start to wander down the small streets into town. 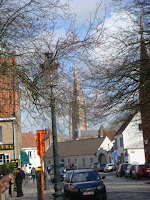 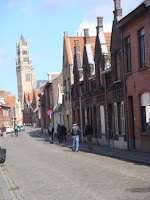 It's a chilly day and everyone is bundled up, but doesn't keep people from a ride on the canals that weave through the city, either the on a boat tour or the kayak tour. 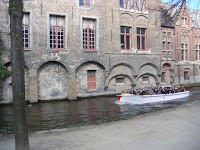 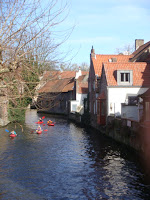 Boating on the canals

In the center of town, the Market Square is quiet in the chilly weather with many people in the restaurants, observing from the warmth under the heat lamps, with the benefit of a glass of wine. 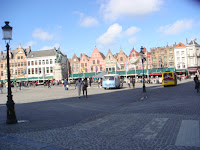 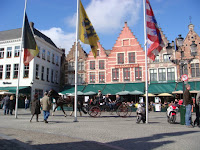 On another side of the square is the striking Provincial Court building, originally the government meeting hall, now featuring exhibitions and ceremonies. 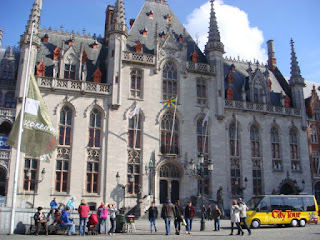 But, more importantly, we have to see the Belfry of Bruges on another side of the square.  The 83 meter (272 feet) high medieval bell tower, with the former market hall behind it, is featured predominantly in the movie In Bruges.  It's closed today so we can't walk up the 366 steps to the top, but we take a few pictures from afar and up close. 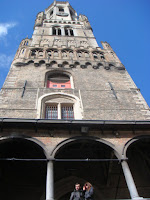 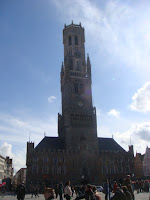 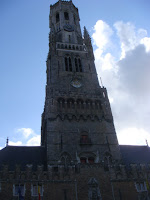 Belfrey of Bruges from up close and afar

Disappointed that we can't climb to the top (we'll have to come back another day), we continue to wander through Bruges, crossing back and forth over the canals, enjoying the quiet ambiance of the city. 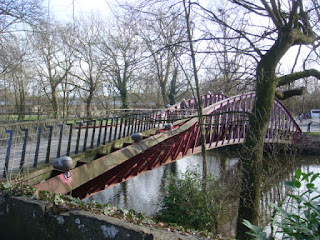 Eventually, though, it's time for a quick frite snack and the train back to Brussels. 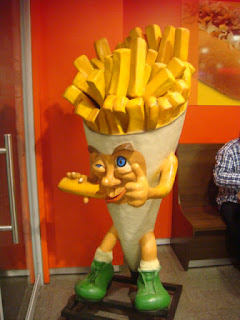 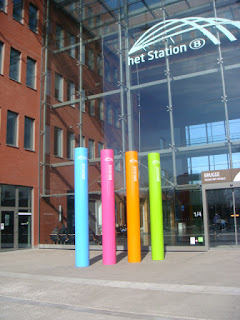 Catch the train back at the Bruges station

We enjoyed our quick trip and filed Bruges in the "must return" category, maybe when it's warmer and we can rent bike and/or kayaks.

Posted by Sojourner at 8:40 AM