Strolling up the Shanghai Bund

The Bund is the waterfront district of Shanghai on the Huangpu River with numerous historic buildings that once housed the great banks and trading houses of the countries that did business with China in the late 19th century, including the US, UK, France, Italy, Germany, Belgium, the Netherlands, Russia, and Japan.  In the early 1900s, this area was a major financial center of Asia.

Over the last 20-30 years, the Bund has been developed as a tourist center for Shanghai, particularly in conjunction with the 2010 Shanghai Expo, for which the elevated roadway along the Bund was relocated underground and a new landscaped promenade was constructed along much of the riverfront.
I start my stroll on a new section of the embankment south of the Bund. 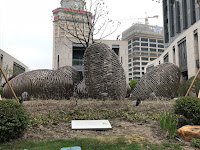 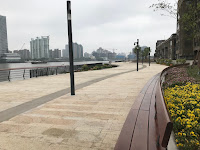 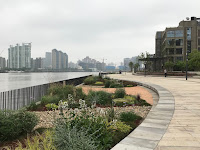 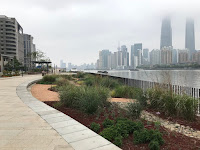 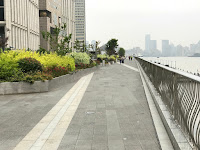 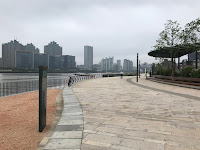 This section has apparently not yet been discovered by tourists and I have much of it to myself.  As I walk, I watch the boats moving up and down the river against the backdrop of the modern skyscrapers in Pudong on the other side of the river. 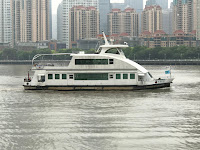 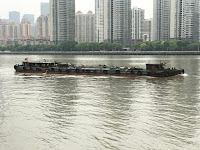 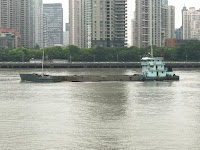 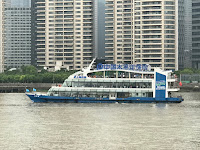 Approaching the older historic buildings of the Bund, the promenade grows larger and more populated.  Moored alongside the promenade are pleasure craft to take parties out on river cruises. 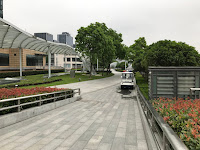 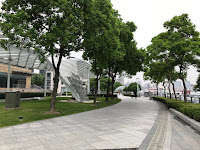 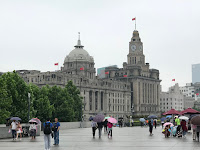 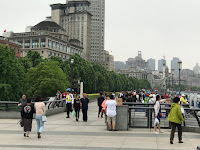 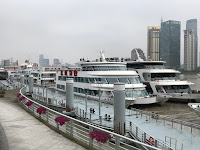 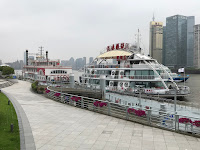 Party boats at the wharf

Across the river is the famous Shanghai Pudong skyline, featuring skyscrapers and some of the more recognizable buildings of modern Shanghai. 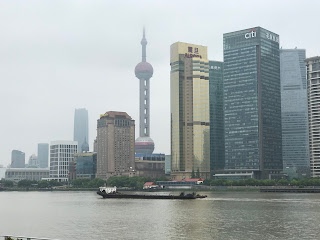 Pudong across the river
The modern buildings of Pudong face the historic colonial buildings of the Bund, a great comparison of old and new China. 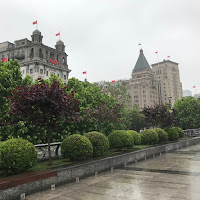 Historic buildings of the Bund
There are small parks, fountains, and statues all along the esplanade, helping make this a great spot for tourists and locals alike. 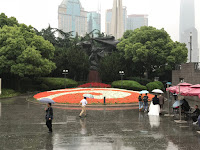 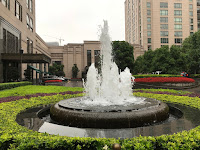 The stroll up the Bund starts a new Shanghai adventure with something old and something new, contrasts of colonial and modern China, all combining for one great experience