We start to explore Bonifacio by heading from the marina up into the old town.  The Bonifacio area was inhabited in pre-historic times, one young woman's skeleton was carbon dated to 6570 BC.  It is also believed that there are references to this area in Homer's Odyssey in the 7th century BC.  The name Bonifacio is believed to have come from Count Bonifacio, who officially founded the town in 828 AD and built the castle on the peninsula.  There is a lot of history here! 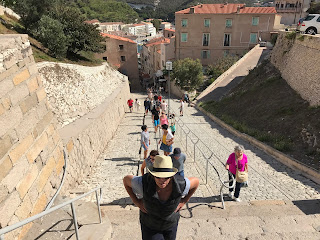 Heading up from the marina
On top, we're outside the town walls and initially head away from the old town, walking along the edge of the cliff, with beautiful views of the sea and with Sardinia in the distance across the channel. 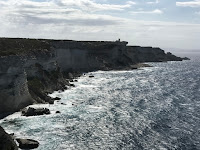 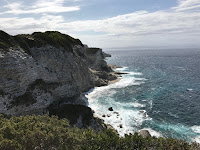 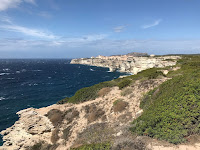 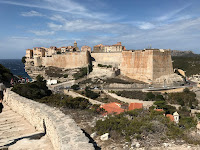 Walking along the cliff
After half an hour or so, we turn and head back into town, entering through the main gate and wandering the narrow streets of the old town. 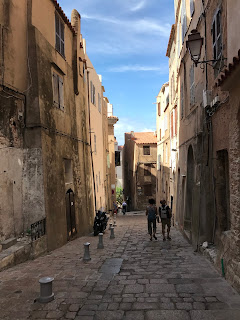 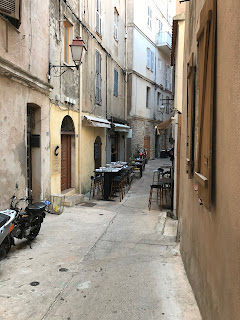 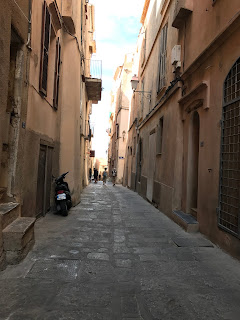 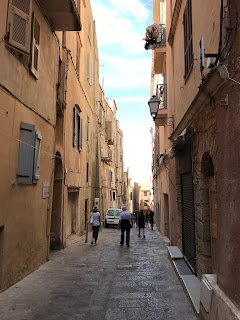 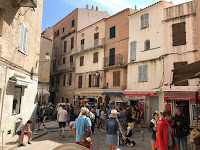 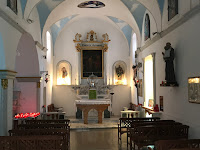 Restaurants, shops, and churches
Emerging on the other side of old town, we find the more modern city administrative buildings and schools alongside the cemetery and the old fortifications.  We wander into one building near the city hall and find art from the Bonifacio Tango festival, complete with the artist at a table discussing her work. 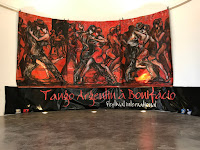 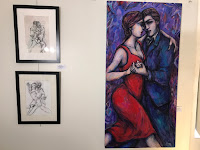 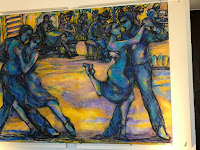 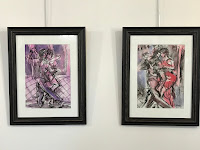 Bonifacio Tango festival
We enjoy our short art diversion and move on to the much-older fortress and landscape. 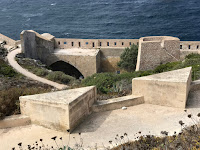 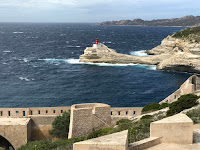 Guarding the entrance to the port 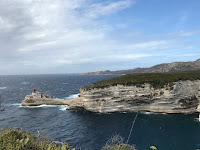 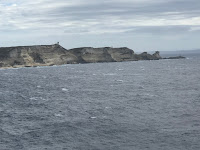 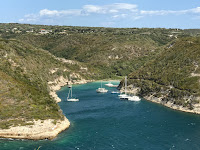 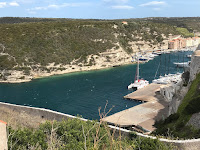 Into the harbor
Walking back toward the marina, we pass by the ancient cemetery, next to the school playground (or, going by dates, the playground was built next to the cemetery). 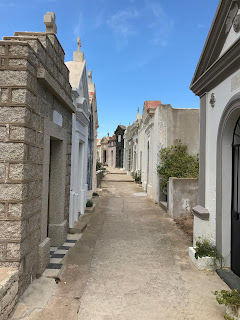 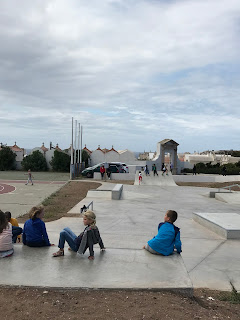 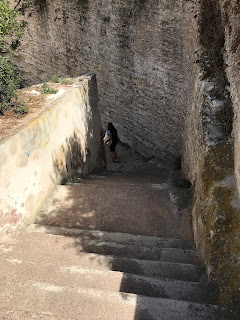 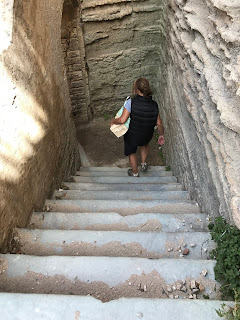 Descending to the marina through the castle walls 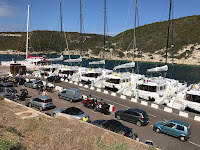 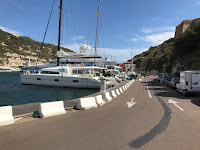 Back in the harbor/marina
We've seen a lot in our wander up into and around the old town and are now thinking of a swim in the hotel pool looking over at the city from across the harbor
Posted by Sojourner at 5:30 AM