Corsica is the fourth-largest island in the Mediterranean, just north of Sardinia and southeast of mainland France and one of the eighteen regions of France,  Corsica was in the Republic of Genoa from 1284 to 1755, when it became a self-proclaimed Italian-speaking republic.  In 1768, Genoa passed the island over to Louis XV of France as payment for the debts it had realized from hiring the French military to help suppress the Corsican revolt.  Napoleon Bonaparte was born in Corsica in 1769 and his ancestral home in Ajaccio is an historical site and museum

We stay at the southern end of Corsica, in Bonifacio, across the water from town with great panoramic views, 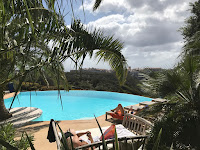 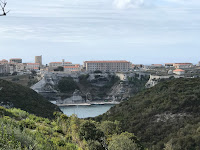 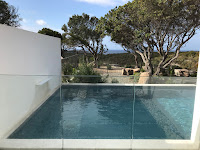 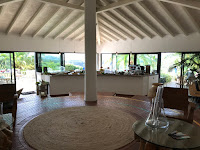 Hotel Cala Di Greco, Bonifacio across the way
In town, we find a charming contrast of modern marina life at sea level and the old town with shops and living quarters up the hill. 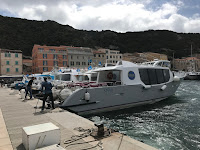 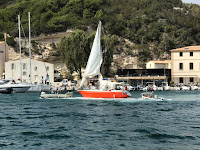 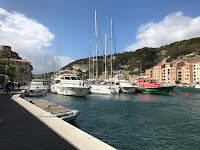 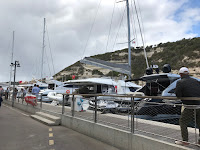 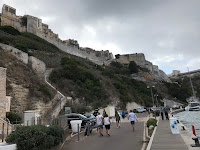 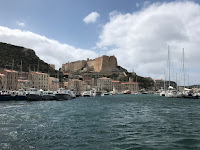 Old town above
But first, lunch.  We settle in at the marina for three paninis, frites, and wine. 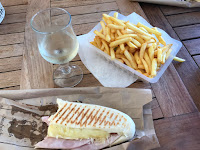 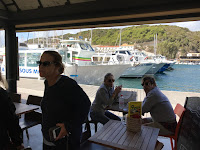 Lunch in the marina
After lunch, we explore the marina, pop into some of the shops, and admire the local food and wine for sale in the grocery store. 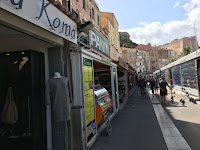 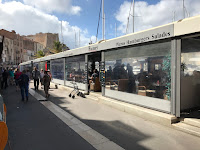 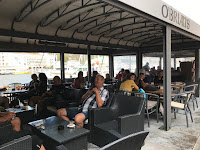 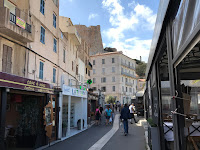 Shops on one side, restaurants and docks on the other 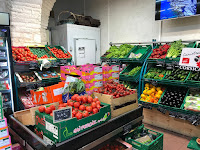 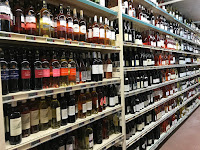 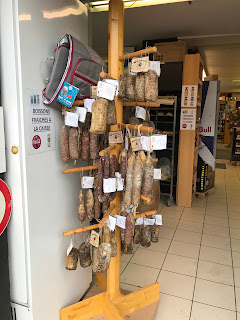 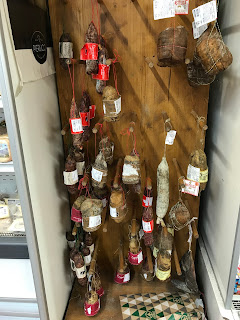 Local offerings in the grocery store at the marina
We purchase a bottle of local wine and head back to our hotel.
Posted by Sojourner at 5:30 AM