Kinderdijk is located about 15 km (9 miles) east of Rotterdam, where the Lek and the Noord rivers meet.  Around 1740, a system of 19 windmills was built here to drain the low-lying land and today they are the largest collection of old windmills in The Netherlands and one of the best-known tourist sites in the country. 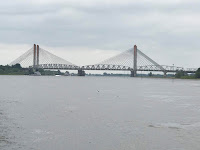 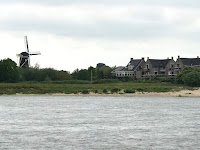 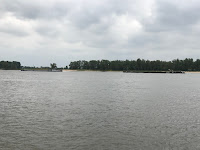 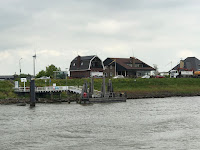 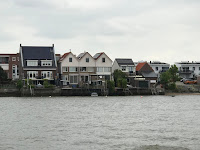 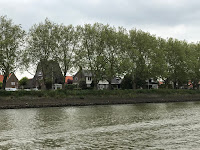 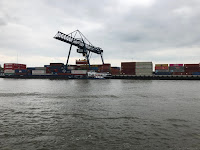 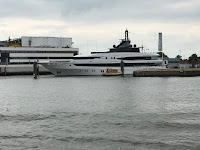 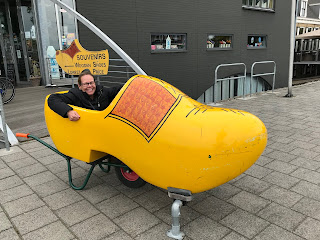 We wander along the paths through the windmills. 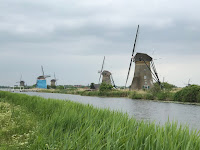 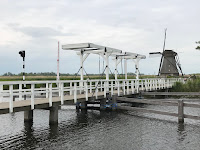 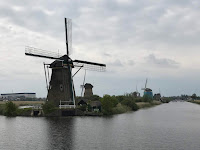 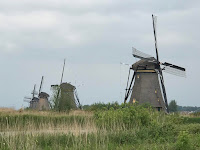 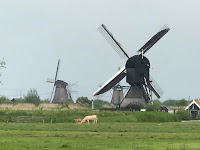 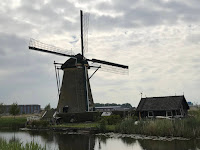 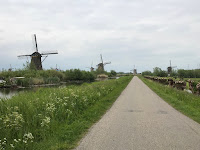 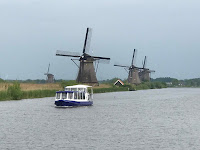 The land around the windmills is filled with active farms and fields of animals ignoring the tourists passing by. 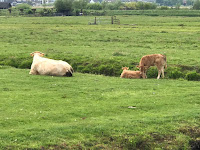 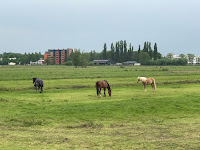 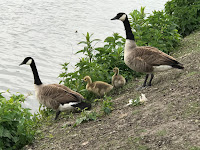 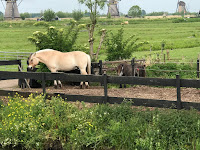 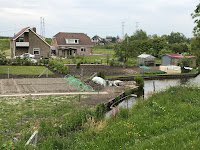 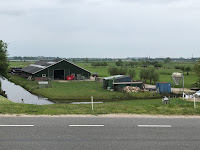 Walking a bit further up the river, we find more modern windmills at work. 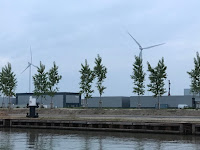 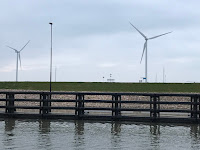 Leaving Kinderdijk, we pass through locks and observe first hand how close the ship is to the side of the locks (very) as we change elevation. 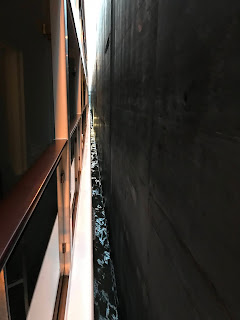 We're now on the final leg of our trip, onward to Amsterdam.
Posted by Sojourner at 7:30 AM

Email ThisBlogThis!Share to TwitterShare to FacebookShare to Pinterest
Labels: The Netherlands, Travel