Castles of the Rhine

We spend the day cruising up the Rhine from Rüdesheim to Koblenz, a distance of about 70 km (43 miles).  This part of the Middle Rhine is filled with castles and we sit on deck and watch them go by on a beautiful, clear day (we're in luck, it rained the week before and the week after).

Most of the castles were built between the 12th century and the early 14th century.  Destroyed in battles, rebuilt, and occasionally abandoned and run down, many of these castles have been restored to their former glory and now house museums and hotels. 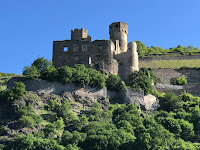 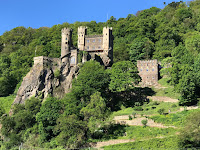 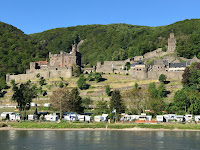 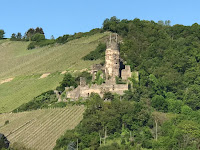 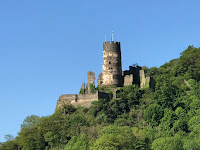 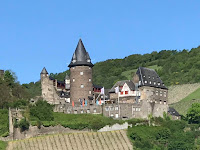 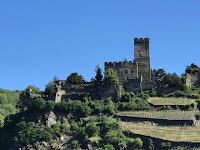 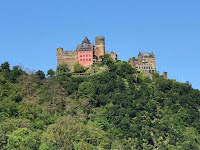 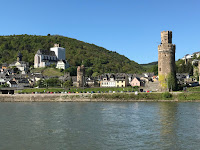 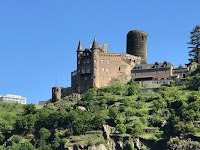 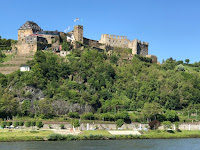 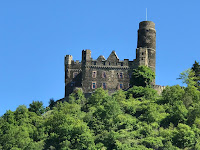 Castles of the Rhine

One of my favorite castles was a toll booth on the Rhine.  Tolls were collected from ships sailing on the river for 1,000 years, from 800 AD to 1800 AD.  Iron chains were stretched across the river to encourage ships to stop and pay the toll.  Pfalzgrafenstein Castle, on Pflaz Island, worked in conjunction with Gutenfels Castle on the other side of the river to manage the chain between the two castles and extract the toll.  Those who were not inclined to pay were occasionally treated to a stay in the castle's dungeon until a ransom was delivered. 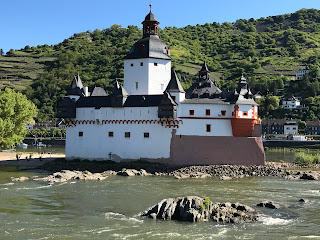 Many of the hills have become vineyards and small tractors travel up and down the steep slopes, tending to the vines. 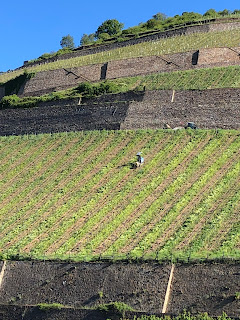 Vineyards on the Rhine

As we pass the castles, we also pass many types of ships travelling up and down the river, ferries going back and forth across the river, freight-hauling vessels, and other cruise lines enjoying the day. 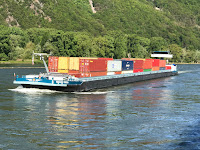 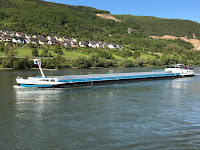 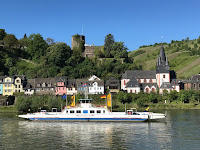 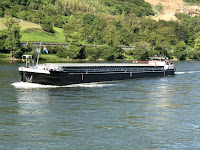 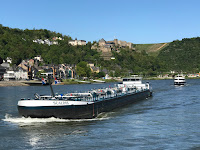 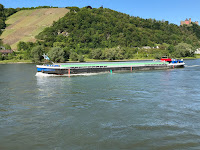 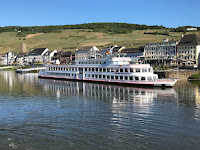 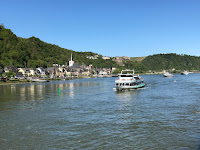 Between the towns of Saint Goar and Saint Goarshause, we find the 3.3 meter (10.8 foot) statue of Lorelei on the river bank, a beautiful young woman who was unlucky in love and sat on the a rock overlooking the river, singing sad songs and distracting sailors on the river, causing them to crash their ships and drown.  Since the beginning of navigation on the Rhine, the narrow channel and swift current of the treacherous river bend near the statue has claimed many ships and lives and mariners must still be careful here. 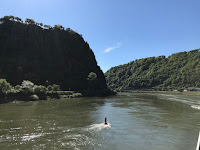 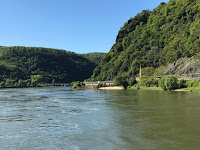 Treacherous bend in the Rhine 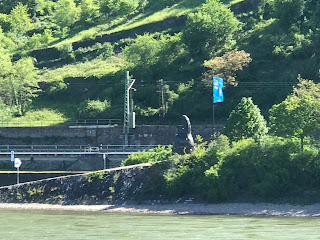 We pass safely by and continue on our way up the Rhine.
Posted by Sojourner at 7:30 AM