Strasbourg is the capital and largest city in Alsace, a region famous for its wines.  Until 2016, Alsace was the smallest administrative region in France and is now joined with the Champagne-Ardenne and Lorraine regions to form the Grand Est region.  We head out to visit a winery and try some of the famous Riesling white wines made in this region. 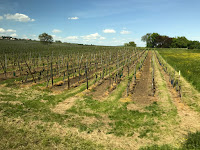 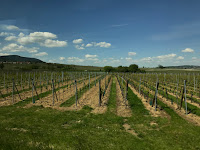 First, we tour the winery, up and down through the narrow paths between the casks and barrels of wine waiting for its time. 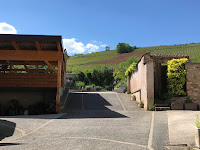 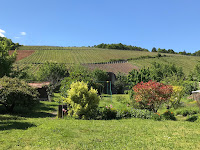 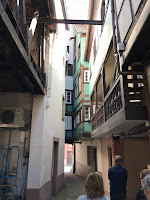 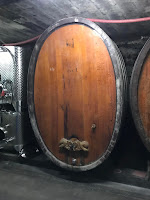 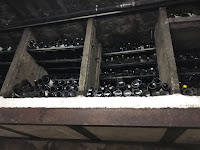 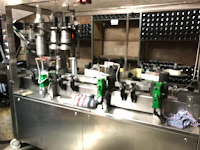 After the tasting of a few Riselings (and the purchase of a few), we head over to the nearby town of Obernai, which dates back to the year 778.  Around 1240, Obernai was made an Imperial City by the Holy Roman German Empire, and, in 1354, united with nine other Imperial Cities of the Alsace Region to form the Decapolis alliance, which ended at the Thirty Years War (1618-1648).  Obernai then joined the Kingdom of France under Louis XIV, and, in 1871, was annexed to the German Empire, then returned to France in 1918 at the end of the First World War.  The city is a center of wine and beer production, as well as a great place to wander. 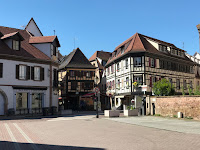 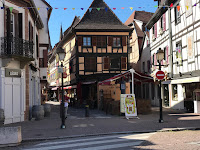 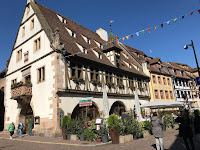 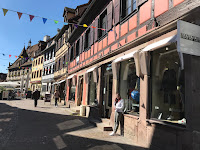 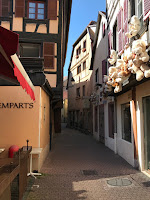 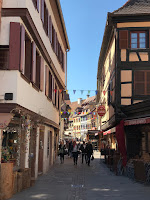 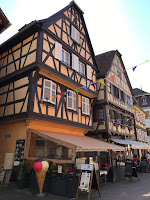 We take a quick spin through the beautiful Eglise Saint-Antoine, then stop to buy cheese at a shop that catches our eye as we walk by.  We sample a few cheese (samples sliced off the wheel for us), then purchase a few that we like (cutting bigger chunks off the wheel). 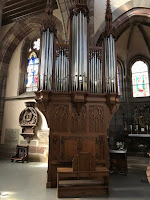 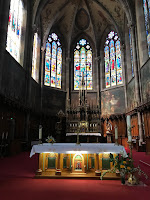 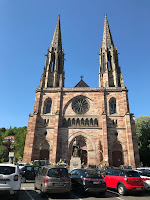 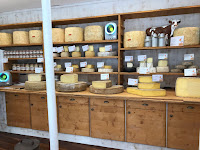 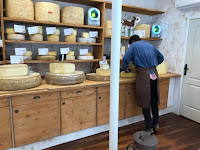 On our way out of Obernai, we spot more storks with nests in the chimneys of the houses in the center of town. 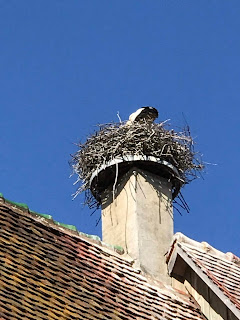