The Seoul City Wall was initially constructed over six centuries ago, starting in 1396 in the early years of the Joseon Dynasty.  The wall was built to match the natural topography of the land and the city inside was organized according to the Confucian theory of an ideal capital.  The main streets of the city connected through the city wall gates to main roads that led to all parts of the kingdom.

The Seoul City Wall museum is located near the Heunginjimun gate of the city, at a spot where a portion of the city wall still exists for walking.  The museum is dedicated to presenting the historical and cultural significance of the City Wall in the history of Seoul. 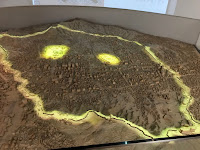 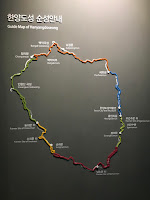 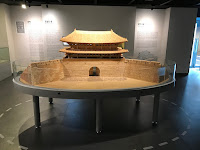 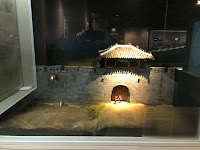 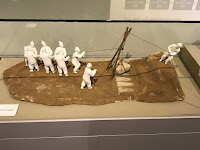 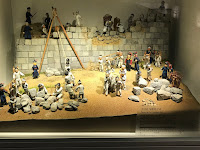 Construction of the wall

After absorbing the story of the wall, I head out for my own walk on the wall. 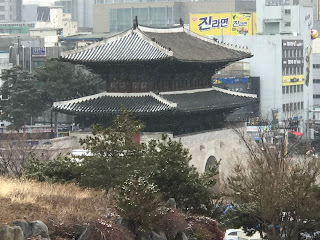 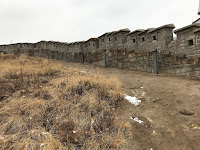 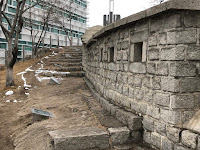 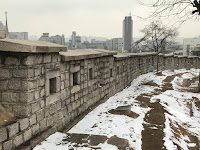 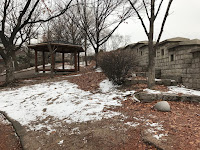 City wall from the inside 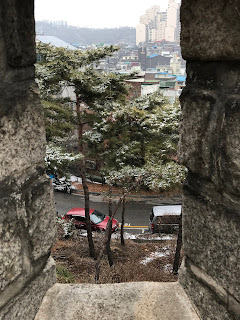 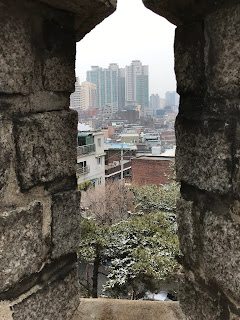 Peering out through the wall 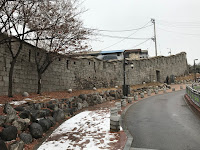 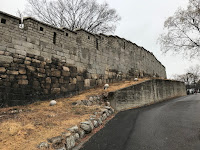 City wall from the outside

At the highest point in this part of the wall, Naksan Park, offers great views of the city, outside and inside the wall. 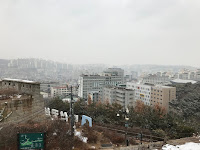 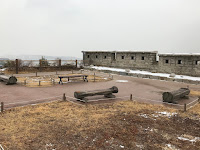 Naksan Park at the peak


The Seoul City Wall was an important part of the city, stretching 18.6 km (11.6 miles) along the ridges of Seoul's four inner mountains, and it is great the way it has been preserved for tourists and locals to experience and enjoy.
Posted by Sojourner at 7:30 AM