Seoul is the capital and largest city in South Korea and is the fifth largest metropolitan area in the world, with around 10 million people in Seoul and just over 25 million in the Seoul metropolitan area.  The history of Seoul stretches back over 2,000 years, founded in 18 B.C., the city is a fantastic combination of old and new, traditional and modern. 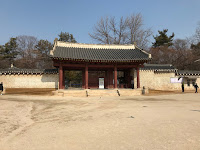 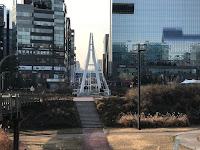 The Cheonggyecheon River flows though the middle of the Seoul business district, offering a respite from busy city life with paths, parks, and art.  The landscape is currently barren and brown in the winter, but will soon be green and lush as spring arrives. 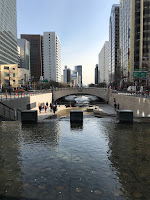 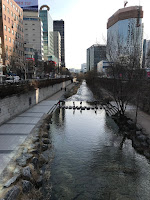 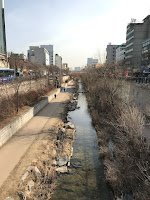 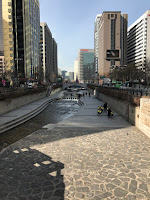 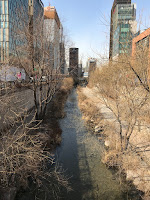 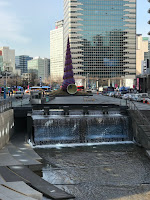 Seoul is surrounded by mountains and great views show up periodically as I walk through the city.  The N Seoul Tower in Namsan Park, in the center of the city, is one of the highest points in Seoul and also appears randomly as I cross streets that radiate out from the park. 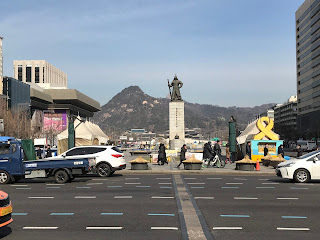 Views of the mountains 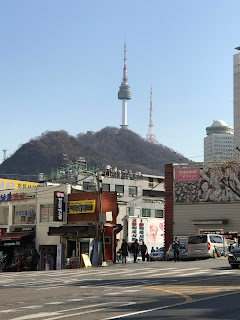 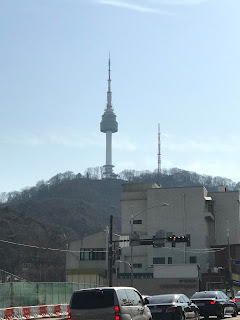 Eight city gates, situated at the cardinal points and intermediate directions of the compass, offered entry into Seoul through the wall surrounding the city.  Originally built in the late 1300s, six of these gates still exit and have been restored to maintain a little of old Seoul tradition and history. 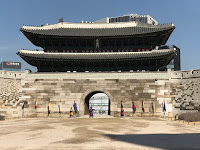 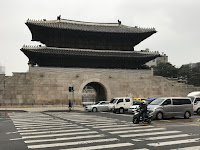 Near the modern commercial area, Namdaemun Market, dating back to 1414, is one of the oldest and  largest traditional markets in Korea, covering several city blocks with over 10,000 shops.  Much of the market is outside in narrow streets accessible by motorcycle and hand-drawn carts.  Much wandering is involved! 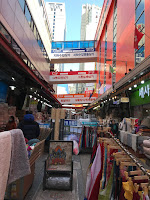 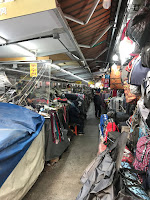 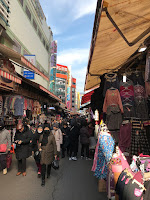 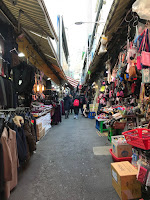 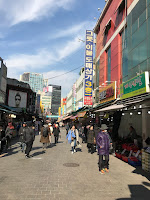 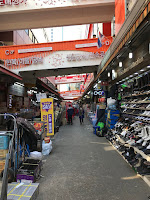 Near the market, the Myeong-dong Cathedral was the first parish church in Korea and is the national cathedral of the Roman Catholic Archdiocese of Seoul.  The path to the cathedral is decorated by a rose light garden of LED roses created in memory of Cardinal Stephen Kim Sou-hwan, former Archbishop of Seoul and a major figure in South Korea's tumultuous transition from military rule to democracy. 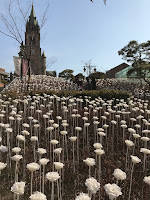 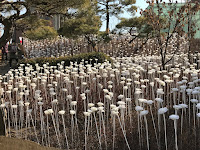 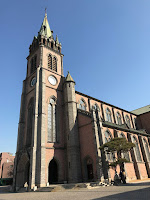 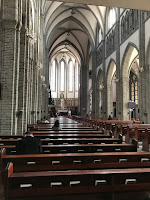 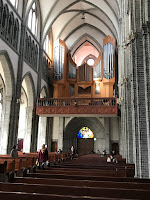 This has been a great introduction to Seoul, but I must share one more fantastic moment from the trip as a light snow falls through the day on the city I am exploring.  Maybe spring is not so close after all! 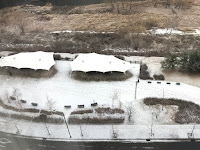 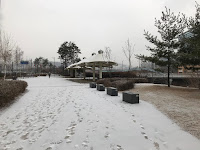