The Seoul Museum of History

The Seoul Museum of History depicts the evolution of Seoul from the prehistoric period to the city it is today.  The museum emphasizes the city's 2,000 years of history and its rich and diverse cultural heritage, focusing on four periods of Seoul history, the Joseon Dynasty (1392-1863), the Daehan Empire (1863-1910), the Japanese occupation (1910-1945), and the transformation of Seoul after the liberation from Japan (1945-2002).

Outside the museum, the first displays show one of the remaining street cars that provided transportation in Seoul from 1899 to 1968 and a map of the city built into the sidewalk in front of the main entrance. 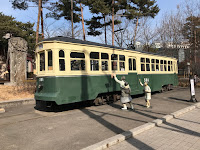 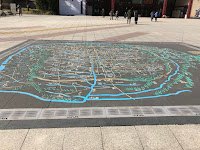 Inside the museum, another map of the city is covered in glass, allowing us to wander over the districts and explore the neighborhoods from above. 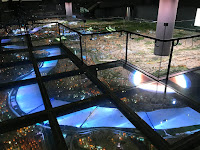 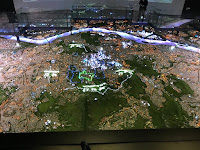 The formal museum displays start with the 1394 establishment of Seoul as the royal capital of the Joseon Dynasty. 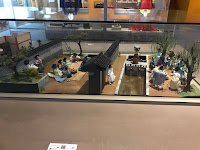 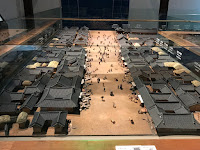 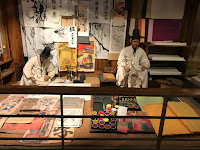 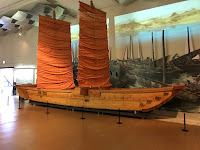 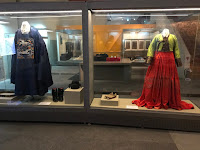 We then move to the 19th Century when western influences, including the introduction of electricity and petroleum, brought a transition from the Joseon Kingdom to the Daehan Empire in 1897.  Seoul transitioned steadily from that point into a city that was a mixture of East Asian tradition and Western modernity. 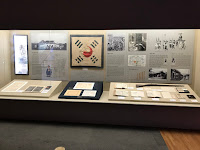 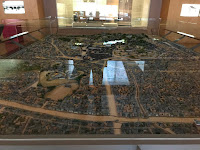 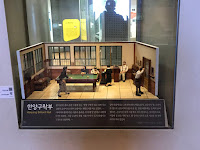 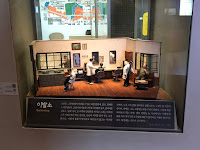 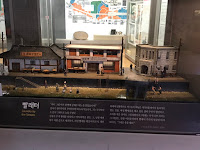 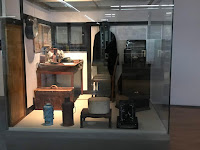 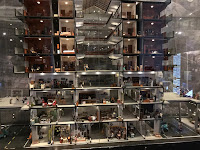 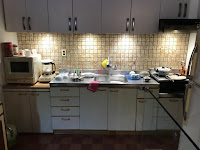 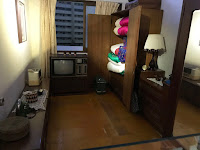 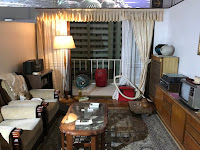 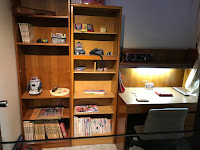 This has been an intriguing tour of the history of Seoul, very well presented and explained.
Posted by Sojourner at 7:30 AM