Kuala Lumpur's Little India and Chinatown are next to each other and provide neighborhoods for two of the three main ethnic groups in the city (the third being Malay).  From my hotel, I walk along the Klang River to Little India, as the architecture changes from modern to more traditional Indian construction. 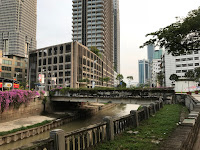 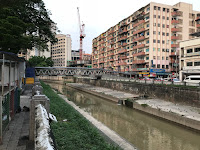 Along the Klang River

The streets of Little India are packed with shops and houses rebuilt of bricks and tiles after a flood in 1881 swept away the original structures. 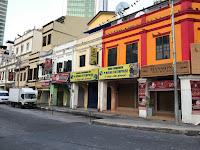 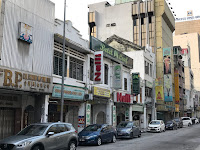 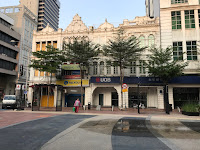 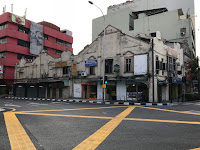 At the bottom of Little India and across the river are views of the the Masjid Jamek Mosque and the Sultan Abdul Samad Building, originally holding the Federated Malay States administration, then later the Supreme Court, and currently the Ministry of Communications and Multimedia and the Ministry of Tourism and Culture.  I'll find my way to that side of the river in a bit. 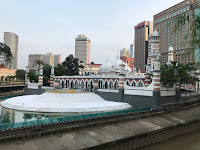 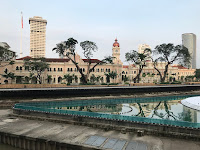 Below Little India, Chinatown hosts markets, restaurants, and food stalls, including Central Market, which offers shopping for anything one might desire.  The market is not yet open and I continue on, making a note to self to return later. 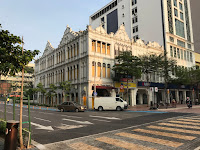 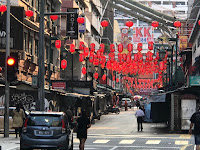 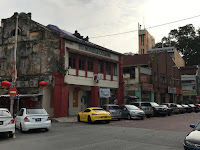 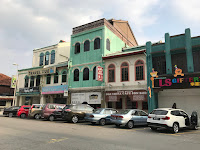 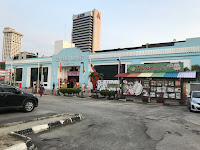 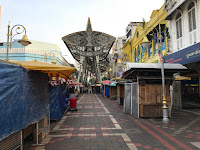 Below Chinatown is a great food court, full of hawker stalls with tables out in the open under canopies to protect diners from the occasional shower.  All the local police seem to be eating here. 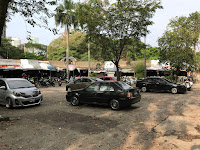 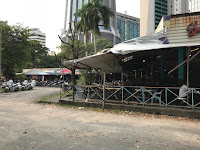 I come to the end of the Indian and Chinese centers of the city and it's time to cross the river to the government offices and Malay community.