The historic center of Valencia is one of the largest in Spain, demonstrating influences from the Romans, Visgoths, Muslims, and Christians.  We enter the old town and walk through the streets to the central Plaza de la Virgin, large, attractive and full of restaurants that we'll return to choose from later. 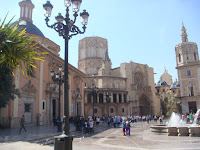 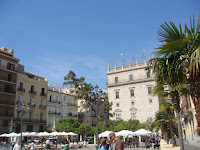 On the edge of the square is the Valencia Cathedral (Iglesia Catedral-Basílica Metropolitana de la Asunción de Nuestra Señora de Valencia), between Plaza de la Virgin and Plaza de la Reina.  Originally a Visgothic cathedral, it became a mosque under the Moors, and Roman Catholic in 1238.  Built over the 13th to the 15th centuries, the cathedral contains gothic, romanesque, renaissance, baroque, and neo-classical influences. 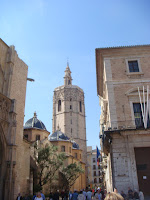 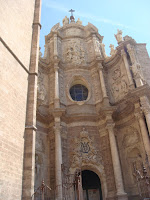 Passing by and strolling down the narrow streets, we emerge at Plaza de la Reina.  Everyone is out and relaxing in this beautiful square, a large, calm oasis in the old town, with cafes and restaurants surrounding the great park in the center. 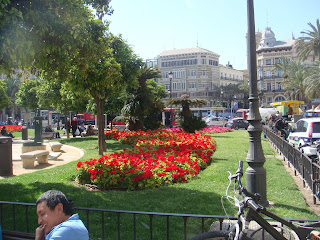 Continuing through the plaza, we wander down the narrow streets and stumble on the Central Market, one of the largest markets in Europe.  Meat, fish, vegetables, food to go, food to eat on the spot, they have it all!  Products from Valencia orchards and gardens, Mediterranean produce, and  local gastronomic delights.  All in a beautiful building dating back to 1914.  We meander through the market, see what looks good in the stalls and stands, and pick up a snack or two. 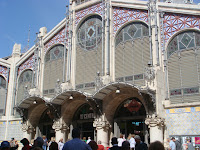 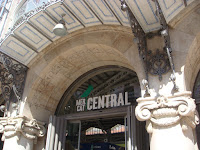 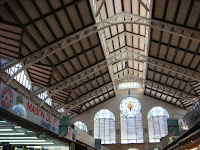 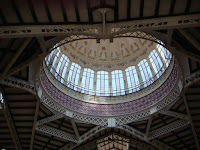 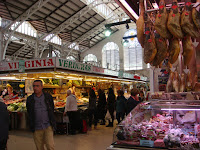 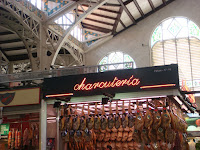 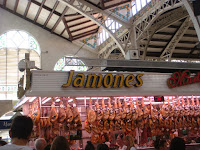 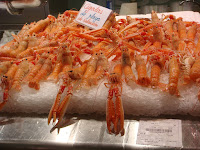 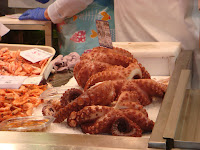 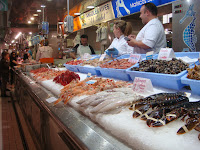 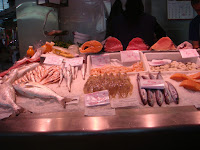 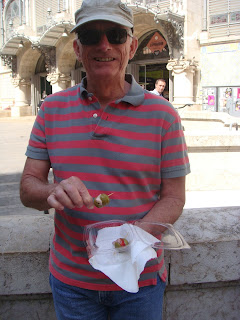 After our wander and snack, we're hungry (something about walking past all that great food) and we head back to Plaza de la Reina for lunch.  However, the only open table is on the sidewalk next to a bus stop and the fumes are not so appetizing.  Also, the staff is very busy and ignores us, so we get up and walk over to Plaza de la Virgin for sangria and lunch.  A quieter setting, friendly and attentive staff, good food and drink.  Much better! 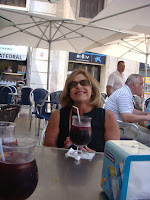 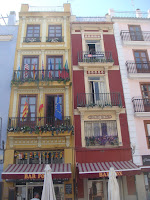 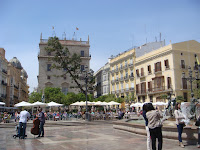 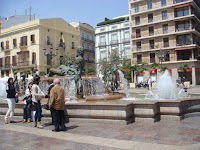 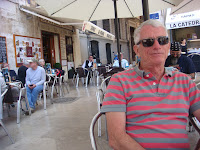 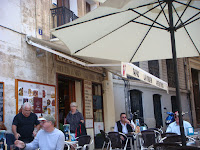 As we stroll through the streets back to the edge of the old town, we stick our head in shops and almost purchase a paella pan, but somehow sanity strikes and we realize that, if it doesn't fit in our luggage, it might be hard to get home.

We leave the old town, descend back into the Turia riverbed park, and walk the 6 km. (3.7 miles) back to the cruise boat terminal, through the City of Arts and Sciences and then back to the port from El Ponto de l'Assut de l'Or.at the southeastern edge of the park.

It's time to move on to our last adventure in this trip.

Posted by Sojourner at 9:45 AM