Mallorca is the largest island in the Balaeric Islands, which include Ibiza, Minorca, and Formentera and Palma is the capital of the Balaeric autonomous region.  A popular tourist destination, we find many other (larger) cruise vessels visiting the port.

The largest island in Spain, Mallorca has a Mediterranean climate with hot, dry summers and mild winters. With mountain peaks as high as 1,445 meters (4740 feet), there is actually occasional snow on the island.

We exit the ship at a serious marina and walk along the waterfront to to the royal palace, Palace de l'Almudaina, next to the cathedral. 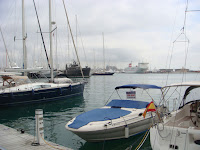 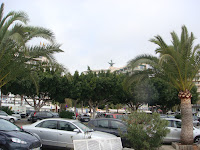 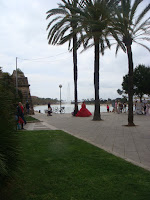 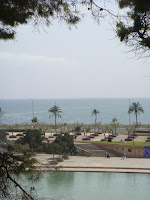 Beautiful walk along the harbor to the palace 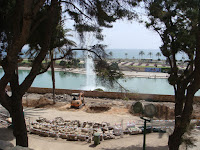 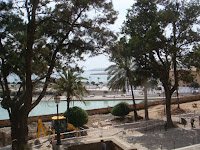 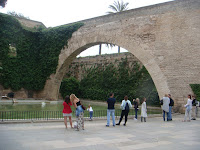 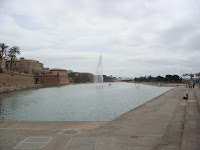 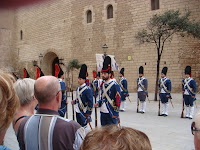 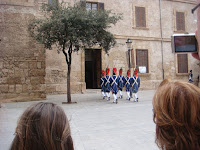 Changing of the Guard at the palace

The royal palace has been on this site since the days of the Muslim governors of Mallorca and elements of Islamic architecture, such as the Moorish arches, remain to be viewed.  We walk around the palace, through the beautiful gardens and fountains alongside, to find the changing of the guard between the palace the the cathedral.

After the ceremony, we wander down the narrow streets behind the palace and cathedral for some atmosphere and shopping. 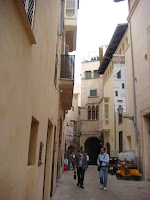 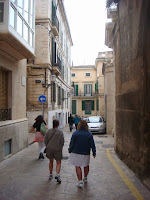 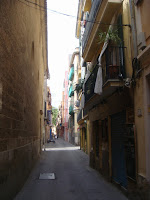 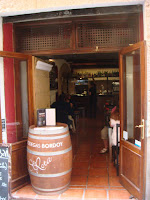 We shop for pearls and find many to choose from.  Mallorca pearls are man-made under strict control, formed of glass balls coated with layers of pigment and protective coating.  They are beautiful, plentiful here, and reasonably priced.

Coming around the other side of the cathedral from the royal palace, we see the spectacular frontal entrance facing the harbor.  It is said that there was a large storm as James I sailed toward Mallorca and he vowed that, if he survived, he would build a great church .  He did survive and built the cathedral on the site of the city's former main mosque, a major feature of the harbor. 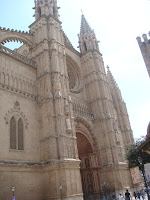 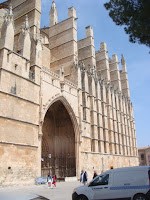 
We walk back along the harbor to our ship, about 6km (3.7 miles), enjoying the beautiful weather and sites on our last full day in Spain.  Tomorrow we land early in Barcelona and head immediately to the airport to catch a flight to Frankfurt, where we can connect to a flight heading home. 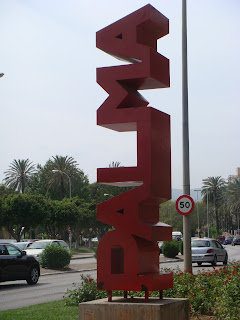 Walking back, lest we forget where we are!


It's been a great trip, but reality strikes and it's time to go back to work and plan the next adventure! The Windstar brochure calls this trip "a unique blend of East and West,... a world of sun-drenched magic" and they are right!  We loved every second of it and will be back for more! 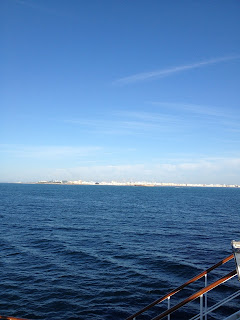 Posted by Sojourner at 8:32 AM