Almeria, about 200 km (125 miles) east of Málaga, was ruled by the Moors from the 10th century and its Moorish Castle, the Alcazaba of Almeria, is the second largest former-Muslim fortress in Andalusia.  The castle stands proudly above the town and will be our first and main destination.

Almeria went through many sieges, was conquered by the Christians during the Crusades, then returned to Muslim control, and finally came permanently under Christian control in the 15th century, although still retaining a large Muslim population.

Almeria is one of the driest cities in Europe, with a true desert climate, and also one of the warmest, having never recorded a below-freezing temperature.

We leave the port and start hiking through town toward the castle. 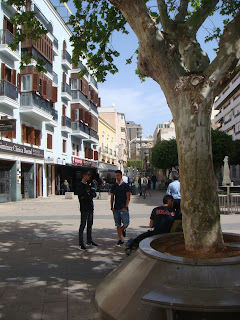 
Construction of the Alcazaba of Almeria began in the mid-10th century AD and the castle now consists of three large walled enclosures:  a military camp, a palace and mosque, and three towers built after the Christian conquest.  Many of the city streets head up to the castle, and the walk up is rewarded, once we arrive, with stunning, dominating views of the city and the harbor.  The castle is the best-preserved Moorish fortress in Spain and definitely worth a lengthy exploration. 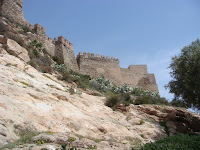 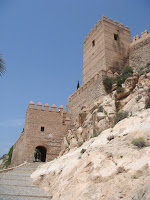 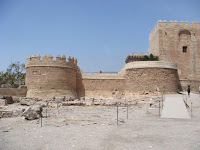 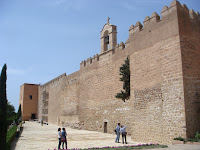 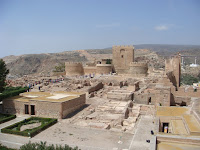 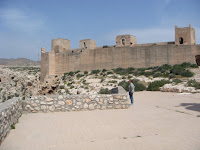 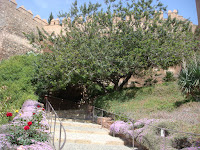 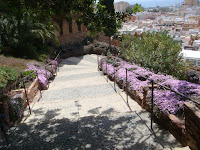 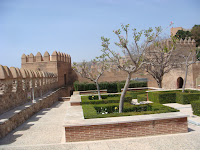 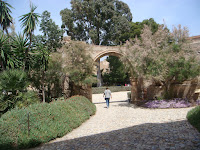 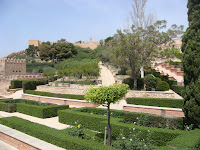 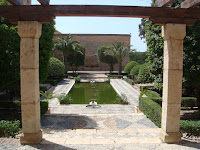 Beautiful gardens inside the castle 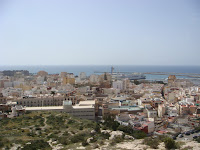 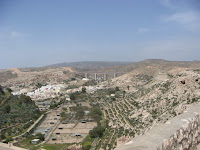 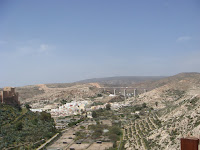 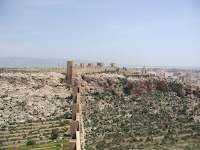 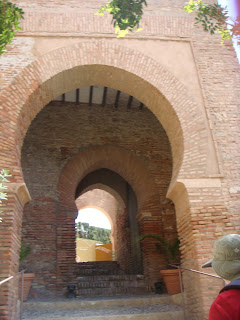 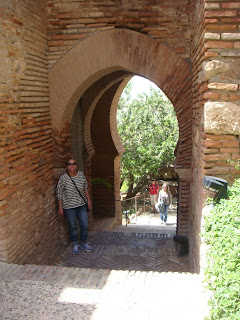 Great entrances though the castle walls 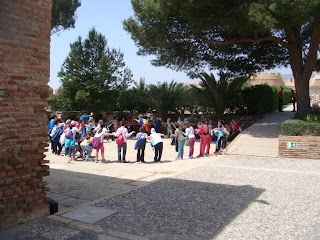 And a school group meeting in the castle garden 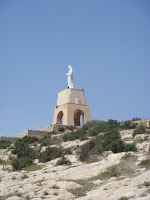 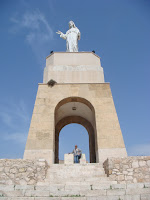 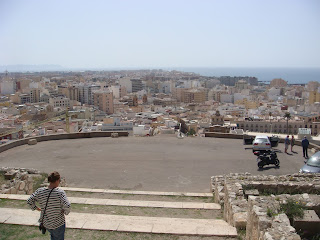 Eventually, we end our exploration of the hilltops and head back down the picturesque streets of the old town. 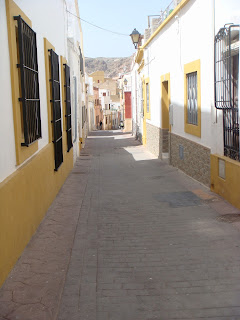 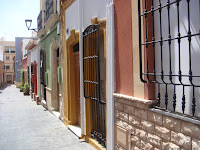 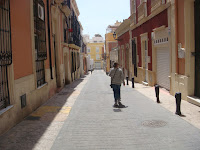 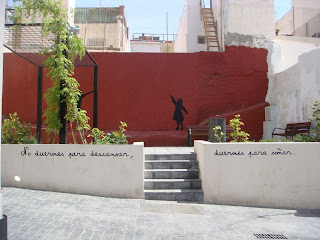 As we stroll back to our ship through the gardens and palm trees of the seaside promenade, we think about what a great little town this is.

While I relax for a bit, Laura borrows a bicycle from the ship and rides along the  seaside and beaches for a totally different experience.  She didn't take pictures and we'll have to go back for those someday!
Posted by Sojourner at 8:09 AM