Cartagena is a much larger city than we have visited previously on this trip, capital of the region of Murcia, with over 200,000 people and over 400,000 in the surrounding metropolitan area.  Once again, Roman and Moorish conquerors and influence weave through its history over two thousand years as one of the most important defensive ports in the western Mediterranean.

Cartagena is still an important seaport and the Spanish Navy bases their Mediterranean fleet and activities in its port.  The town also is also an important submarine base and shipyard, with immense underground caves built for Spanish submarines during the Second World War.

As we head into the city, we find tropical boulevards and sweeping views. 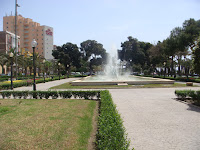 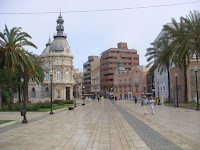 We're here for the ruins and head up to the Roman Theatre Museum.  Built between the 5th and 1st centuries BC, the ruins were hidden for several centuries and has now been excavated and restored, opening as a museum in 2008.  The Roman Theatre contains seating for 6,000 people, with seats excavated out of rock and a stage over 43 meters (141 feet) in length. 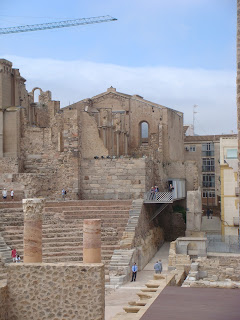 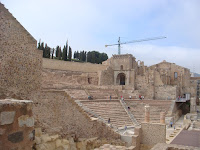 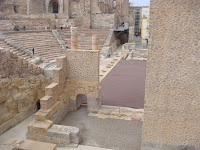 Near the Roman Theatre is Molinette Hill which has been converted into a large, open-air archeological park and is still being excavated.  Meanwhile, the park is open to walk through the paths and open areas, see what is completed, and view archeologists at work excavating an entire block of Roman Cartagena, including a Roman thermal spa and an an atrium building used for banquets.  Ultimately, this will be a grand park highlighting the ruins, sporting a new museum, and integrating adjacent parts of the city. 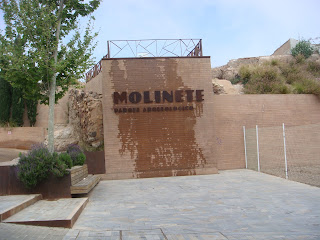 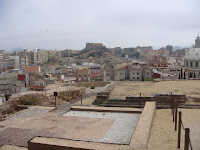 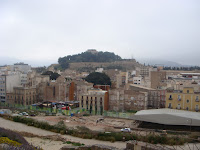 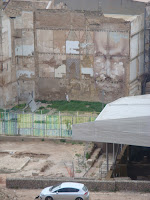 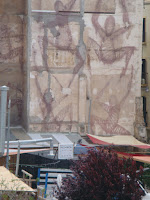 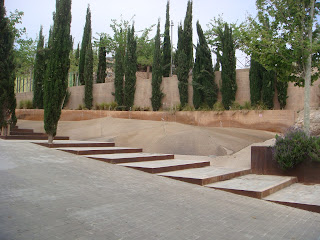 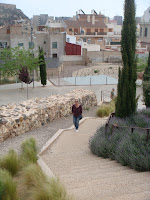 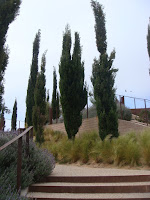 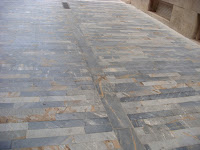 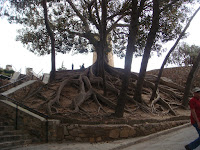 From the hills, we get great views of the harbor 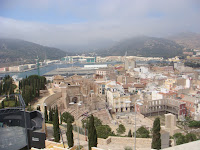 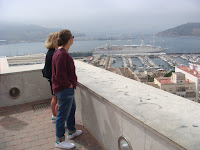 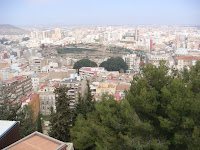 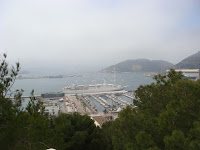 Views from the hills

And as we descend into the old town, we return to winding Mediterranean streets that lead back to the port and back to our ship. 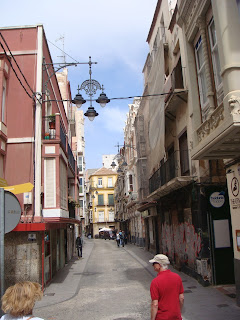 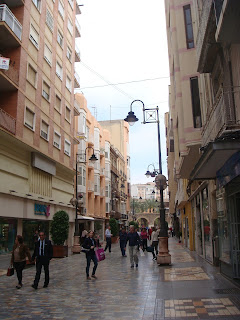 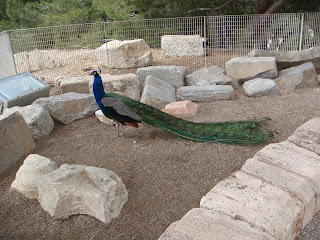 And, strolling through the area, greeting tourists