Wandering Around Paris at Night

As the sun sets, we tourists all rush to take pictures of the famous monuments with the glowing sun behind them. 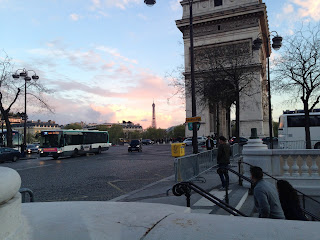 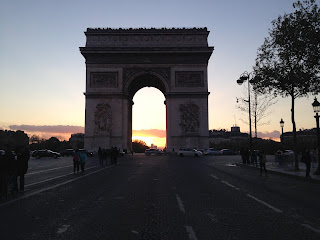 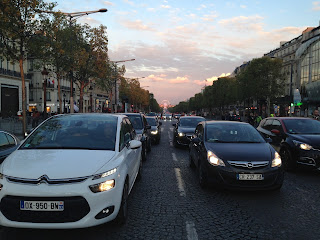 Tourists and locals alike crowd into the center of the Avenue des Champs-Élysées near the Arc de Triumph to get the perfect sunset picture. 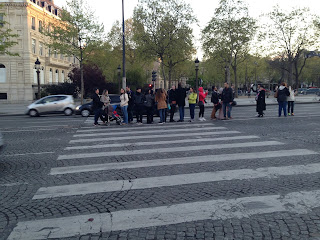 Standing in the middle of the Champs-Élysées for sunset picture 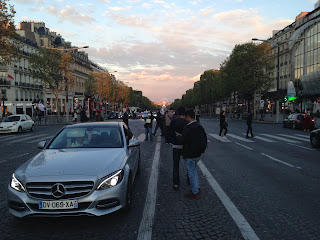 Driver stops and offers to take a picture 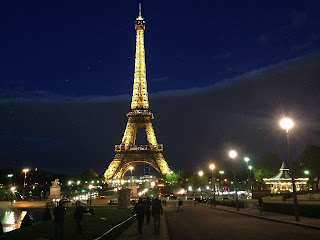 Eiffel tower across the Seine 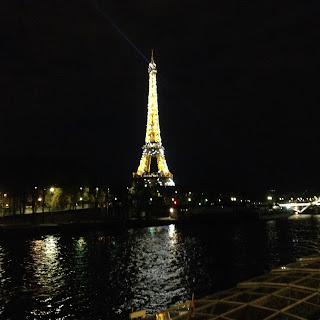 Eiffel Tower from further along the Seine

Next, we pass the Grand Palais, where we'll see a fabulous photography exhibit in a day or two.  But, in the meantime, the glass roof makes for a spectacular light show.  The Pont Alexandre III Bridge, considered the most ornate, extravagant bridge in Paris, crossing the Seine to the Grand Palais is also lit up.  This bridge was built between 1896 and 1900 and was named after Tsar Alexandre III, who had concluded the Franco-Prussian Alliance in 1892.  This alliance of common foreign policy and military interests between France and Russia ended in 1917, but the bridge lives on! 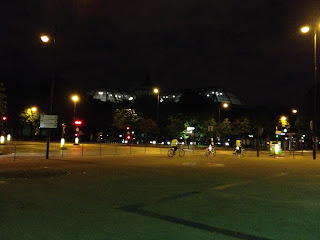 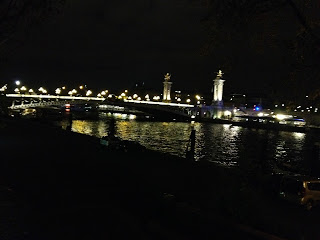 As we pass the Grand Palais, we can start to see the Grand Roue de Paris ferris wheel in Place de la Concorde in the distance We continue toward Place de la Concorde, with increasingly great views of the wheel.  In the center of Place de la Concorde, the Obelisk (Obélisque de Luxor) is lit up.  The Obelisk stands around 22.8 meters (75 feet) high, weighs an estimated 227 tons, and comes from the temple of Ramses II in the Luxor Temple complex, where it was originally erected over 3000 years ago.  The Obelisk was a gift from Egypt to France in 1833. 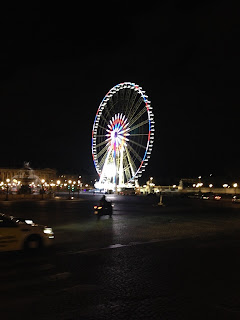 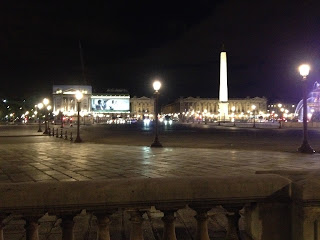 Obelisk in the center of Place de la Concorde

And, as we walk along, we try for the best selfie with the Eiffel Tower (until someone comes along and offers to take our picture and we, in exchange, take theirs). 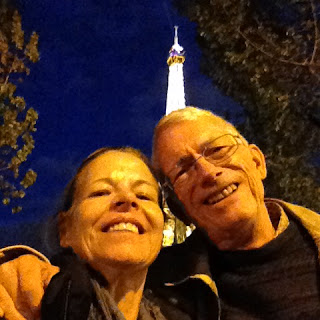 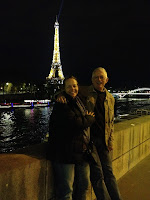 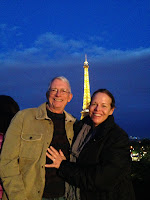 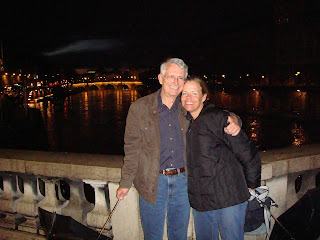 Night on the Pont Saint-Michel bridge

Posted by Sojourner at 9:32 AM