There are several temporary exhibitions that we want to see in the Paris museums, the first being the L'Art et L'Enfant (Art and Children) show at the Musée Marmottan Monet.  Another day, we head over to the Musée d'Orsay to see the renovation and the Impressionist paintings on the top floor.  The museum is housed in a former railway station, the Gare d'Orsay, and contains the largest collection of impressionist and post-impressionist works in the world.  I first saw many of these works in the museum Jeu de Paume in the Tuilleries, across the Seine, many years ago, before they moved to the new Musée d'Orsay in 1986.

The Musée d'Orsay recently underwent a two-year renovation, finished in 2011, adding new exhibit spaces and, little by little, abandoning the spirit of the train station (but a lot of that spirit still remains).  We hadn't visited the museum since the renovation as the lines to enter, when we walked by, were always very long.  This time, however, we purchase tickets in advance over the Internet before leaving home and breeze right in. 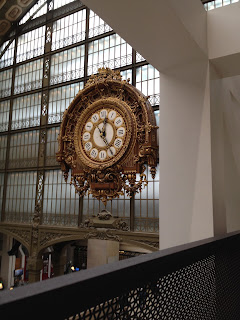 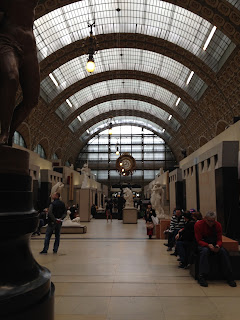 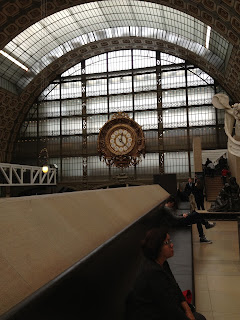 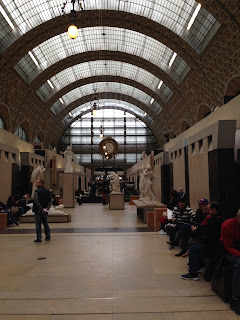 The entire top 5th floor of the museum is devoted to Impressionism, packed with works by Manet, Monet, Renoir, Degas, Pissarro, Cézanne, and numerous others. 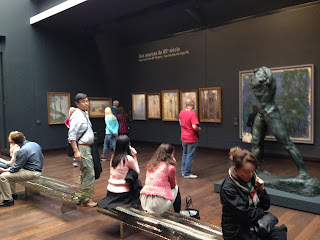 One of the Impressionist display rooms 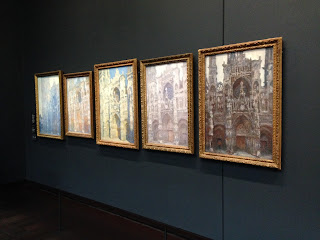 Many views of the Cathedral at Rouen (Monet) 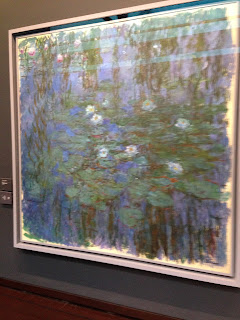 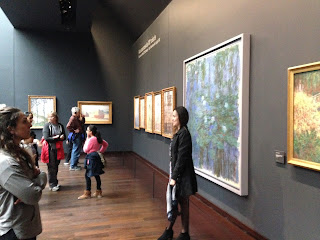 Picture taken with the Water Lilies (she was here)

Looking out from the top floor of the museum, we see great view of Paris and Montmarte. 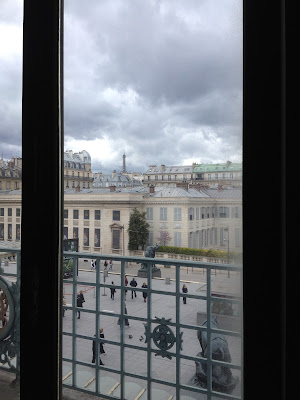 View of the Eiffel Tower 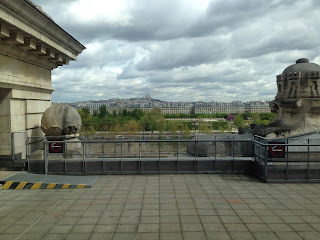 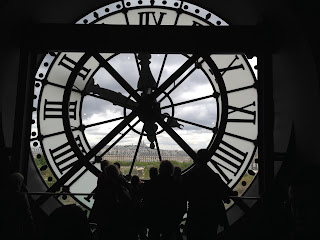 After Musée d'Orsay, we head over the the Grand Palais to view the photography of Seydou Keïta.  Born in Bamako, Mali around 1921, Seydou Keïta received a gift of a Kodak Brownie from his uncle and found his calling.  His studio was popular with travelers from West Africa and his photographs were a key part of the emergence of African photography, focusing on bringing out the personality of the subjects. 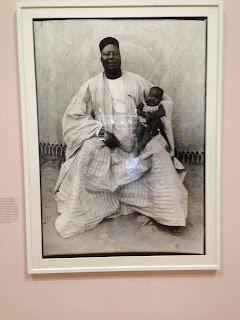 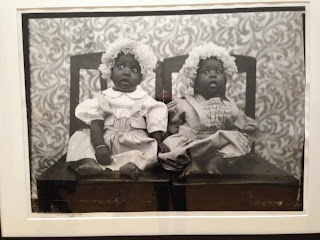 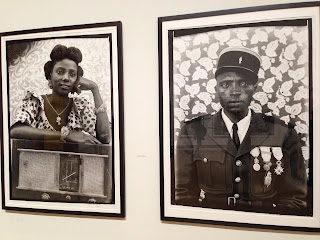 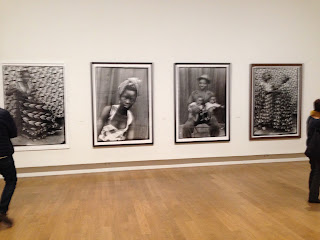 It's also great to see the inside architecture of the Grand Palais.  There is a lot of construction and the windows are covered as the main hall is prepared for a large exhibition, but we can see some of the interior peeking through. 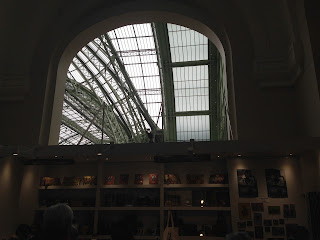 Interior of the Grand Palais

After this, we are museum'd out and it's time for a glass of wine!
Posted by Sojourner at 9:35 AM