The art in the Las Vegas hotel (and mall) lobbies is stunning.  It is always fun to revisit old favorites and see what new displays are up.  We visit in the fall and first head over to Bellagio for the seasonal display in the Conservatory and Botanical Garden just past the lobby.  But, first, the glass sculpture, Fiori Di Como, in Bellagio's lobby. 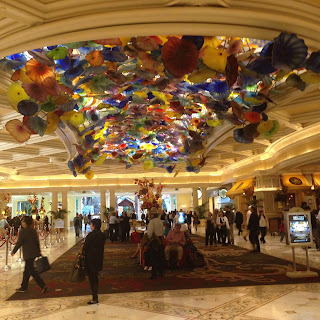 Glass blossoms in the Bellagio lobby

This sculpture was created by Dale Chihuly and installed in the lobby for the hotel-casino's opening in 1998. It consists of 2,000 hand-blown glass blossoms, covering 2,100 square feet, and is reported to have cost $10 million.

Passing through the lobby to the Conservatory and Botanical Garden, we see the fall display. 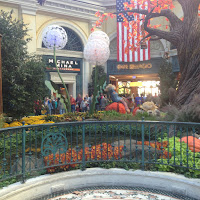 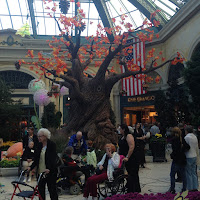 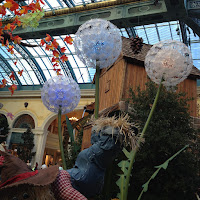 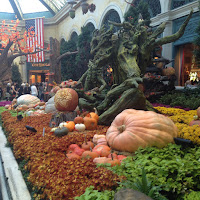 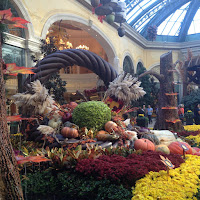 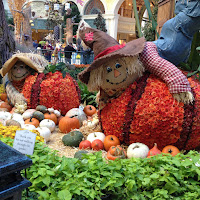 Fall on display at Bellagio

On our way out of Bellagio, we pass an impressive stone sculpture that was added in early 2015, A Gift from the Earth, by Masatoshi Izumi, four massive stones hand-carved from basalt that each weigh between 17,000 and 27,000 pounds.  The four stones are named Wind, Fire, Water, and Land, each representing one of the earth's four elements. 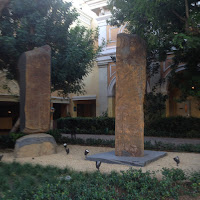 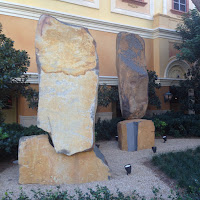 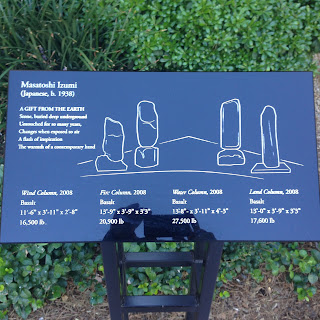 A Gift from the Earth

Wandering down the Las Vegas Strip from Bellagio, we head over to Aria Resort and Casino, and pass through the displays at The Shops a Crystals, which bills itself as "The Largest Collection of High-End Fashion Stores Under One Roof in the World" and is brightly decorated with kites 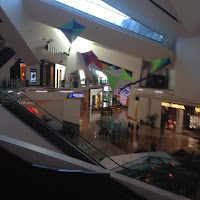 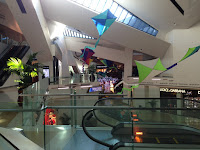 Aria's lobby is done up with clouds and, oddly enough, a horse in a derby. 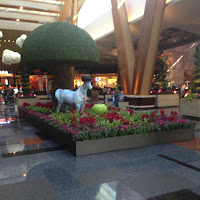 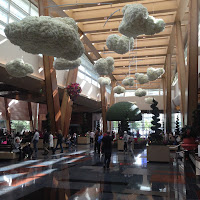 Just off the lobby, at the Jean Philippe Patisserie, we find the Grinch, perhaps a little early for Christmas, but formidable in chocolate, made by the pastry team over two months from more than 100 pounds chocolate and 100 pounds of rolling fondant, the smooth combination of water, sugar, and flavorings used as a basis for icing. 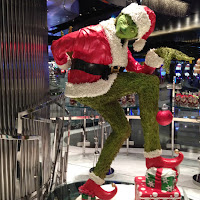 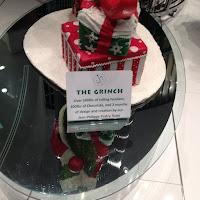 But, enough hotel art.  It's time to get out and explore the city!