Las Vegas - From the Strip to Old Town

The walk down Las Vegas Boulevard from The Strip to Downtown/Old Town and Fremont Street is about 3 (from the Wynn Hotel) to 5 (from the MGM Grand) miles.  It's a great walk in the morning, before it gets too hot outside, passing through a number of sights and ending up at the original casinos and the newer Fremont Street Experience.  On the way back, we'll walk a few blocks off Las Vegas Boulevard and see the sights in the new Arts District.

But first, after we pass Circus Circus, with the largest permanent big top in the world, we reach Sahara Boulevard and, on the corner, the Bonanza Gift Shop, the "World's Largest Gift Shop."  We've never gone in, but it certainly is distinctive. 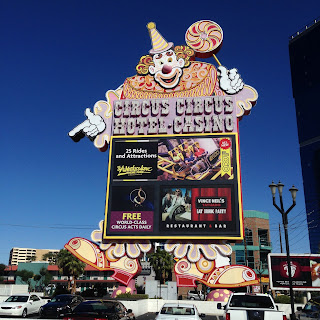 Circus Circus opened in 1968 and is still going strong 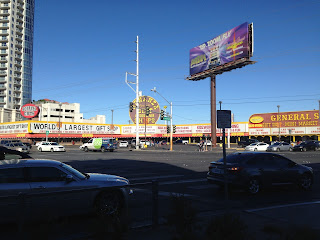 A few blocks later, we spot the Strip Gun Club (apologies, taking the picture into the rising sun doesn't work so well!), where one can fire handgun, rifles, submachine guns, and machine guns, offering packages for bachelor and bachelorette parties. 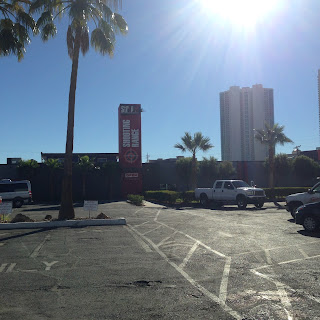 About a mile later, we walk through several blocks of wedding-chapels, including Elvis and drive through. 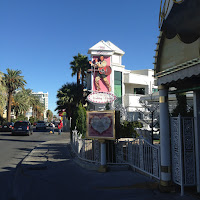 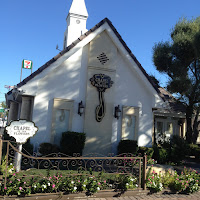 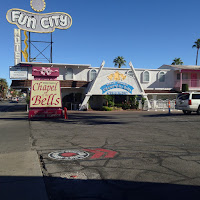 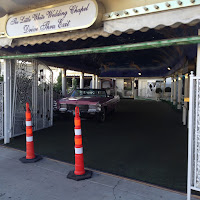 After the wedding chapels, pawn shops!  On the right is the Gold and Silver Pawn Shop featured in the TV show Pawn Stars. 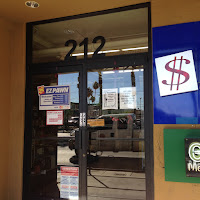 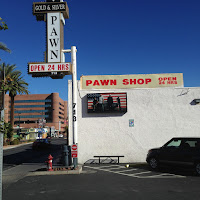 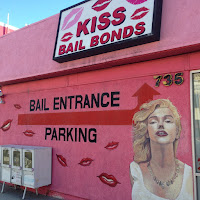 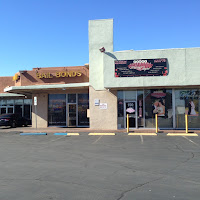 As we pass the bail bonds offices, we are a few blocks from the Arts District and antiques shops. On Las Vegas Boulevard, we pass Lost Vegas Antiques, packed with antiques and collectibles and offering competition for/contract to the pawn shops nearby. 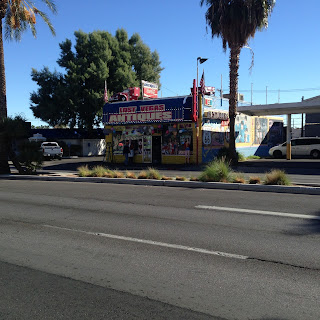 The bail bond offices are a sign of what we'll find next:  law offices, jail, and courts.  The Lloyd D. George Federal District Courthouse on Las Vegas Boulevard was completed in 2002,  and also serves as the Las Vegas office for US Senator Harry Reid. 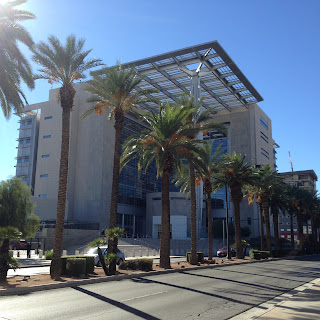 We'll pass on the temptation to show a picture of a law office (or two or three or twenty).  But, their presence is a sign that we're coming back to civilization and will be at Fremont Street soon.
Posted by Sojourner at 11:59 AM