Continuing to Wander Through Bremen

Leaving the Bremen Schnoor Quarter, we walk along the River Weser, admiring the fabulous waterfront, full of ships, restaurants, and places to hang out. 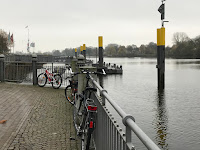 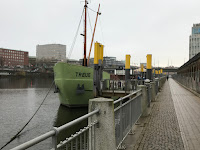 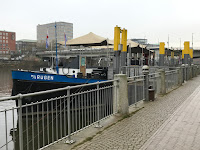 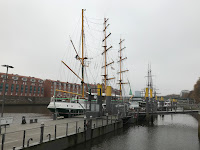 Ships on the waterfront

One of the ships is a theater, with plays advertised on quay. 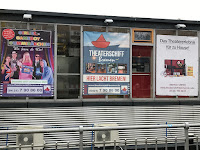 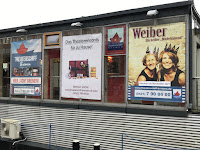 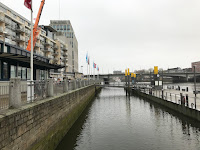 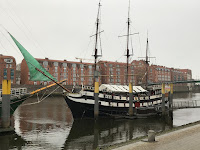 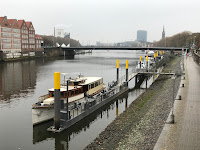 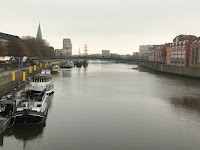 Continuing along the river

Across the river, we see the Beck's Brewery, Brauerei Beck & Co., the fourth largest brewer in Germany, now owned by the Interbrew subsidiary of US Anheuser-Busch Inbev SA/NV. 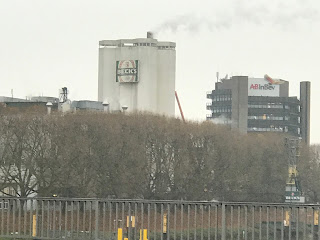 Beck's in the distance

As we return to market square, walking down the modern pedestrian-only shopping street, we find a food market in the square and browse the stalls, near the famous Town Musicians of Bremen statue, based on the German fairy tale published in Grimm's Fairy Tales in 1819:  four aging domestic animals, neglected and mistreated, run away to become town musicians in Bremen. 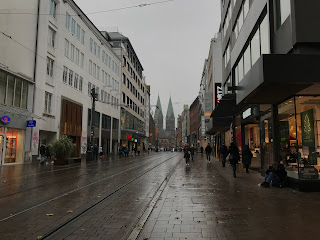 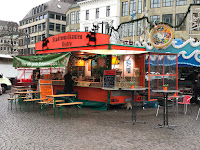 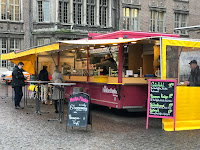 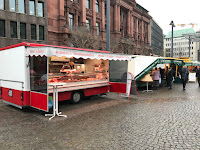 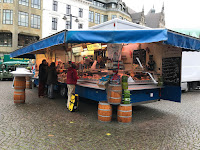 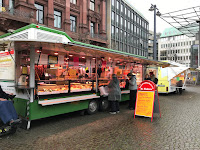 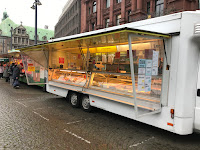 Walking back to the train station, we find great , sometimes whimsical, sculpture scattered around the city and a whimsical approach to light dining, such as frites and sausage. 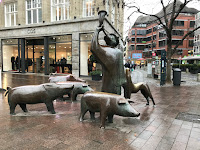 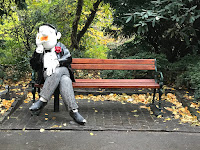 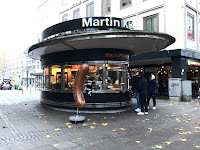 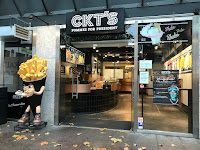 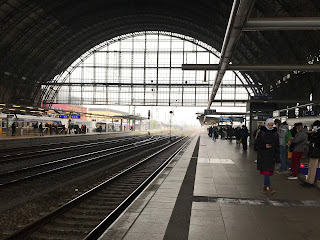 Waiting for our train back to Hannover