The Landesmuseum is the State Gallery of Lower Saxony, featuring sculptures and paintings from the Middle Ages to the late 20th century.  The museum began as the Museum of Art and Science in 1856, opened in the presence of George V of Hannover.

The special exhibition at the Landesmuseum is "im freien von Monet bis Corinth," featuring the open-air painters of 19th century Europe.  These "plein air" works were created in the open air in order to capture realistic color effects and lighting conditions.  Subject to much caricture and art criticism at the time, this work has stood the test of time and is a favorite of ours. 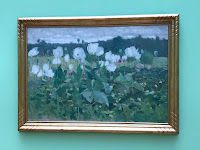 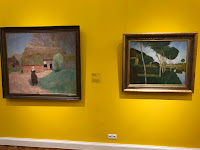 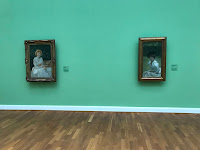 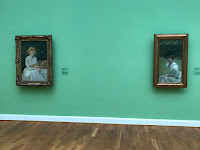 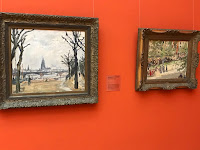 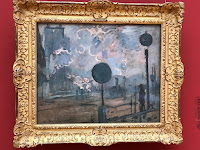 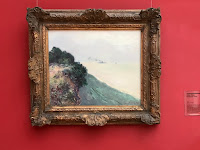 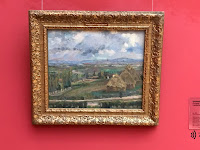 Part way through the exhibition, one corner of the room features a typical artist setup for painting in the wild outdoors. 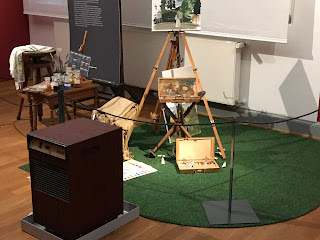 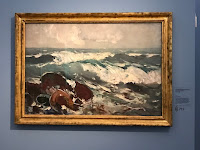 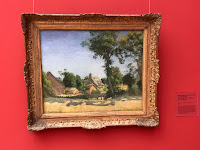 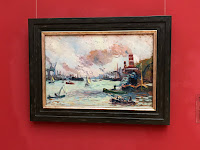 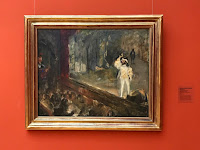 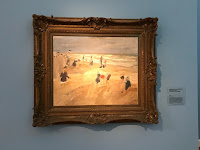 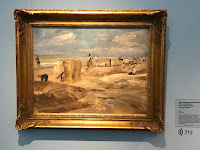 More French Impressionism
We then transition to German Impressionist painters, some of whom became professors and taught impressionist plein-air painting in Munich and Dresden, where it became part of the official state training of artists.  Professors took their students into the great outdoors where they completed part of the course in front of cows, at ponds, and in fields and meadows.  This is in sharp contrast with their French counterparts, many of whom were self-taught. 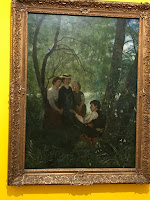 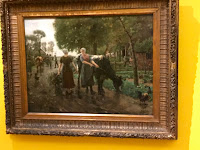 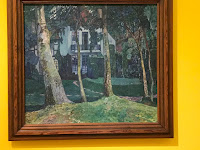 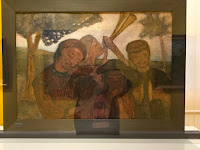 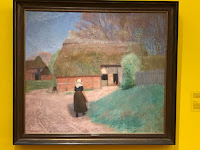 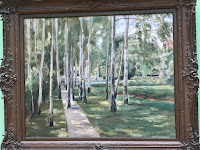 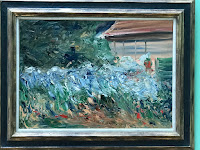 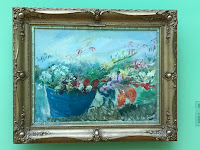 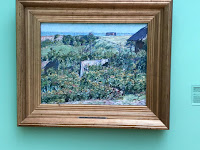 Maintaining the tradition, the museum school takes their students across the street to the Maschpark next to the new town hall to paint in the lake and fields of the park. 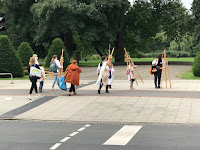 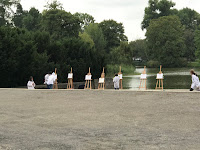 Painting in the field
This was quite a surprise and delight to find such a diverse and educational exhibition on one of our favorite art schools!
Posted by Sojourner at 5:30 AM