Wat Botum Park, the large park in front of the Wat Botum temple and below the Royal Palace, is two blocks from the Pavilion Hotel where I am staying and I emerge from narrow streets into the wide open space of the park, which is filled with statues and memorials. 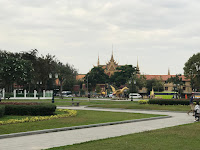 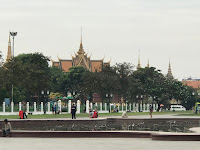 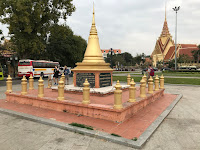 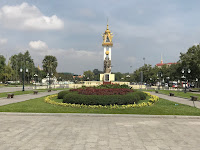 North of the park is the Royal Palace, which is open to the public and I'll visit tomorrow. 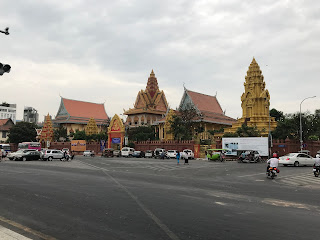 Across the street from the palace, between the palace and the Tonlé Sap River, is Royal Palace Park, where it seems everyone is hanging out enjoying the day. 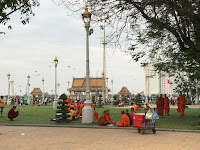 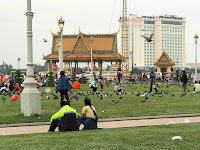 The Tonlé Sap River, meaning "large, fresh-water river," flows from Tonlé Sap Lake to the Mekong River, passing through the center of Phnom Penh and making a beautiful waterfront esplanade of parks and paths to enjoy and wander through. 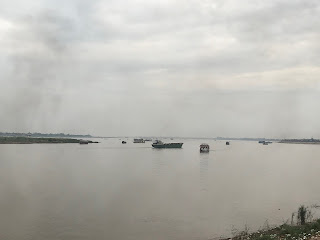 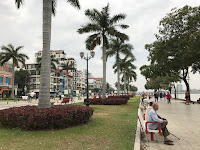 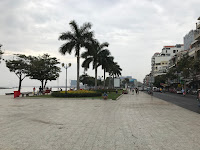 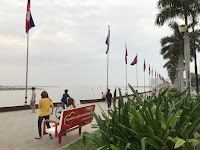 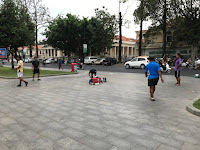 
A little further up the river, the Phnom Penh Night Market is setting up to provide food, entertainment, and shopping as the sun sets. 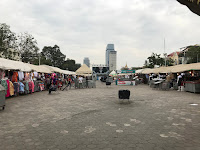 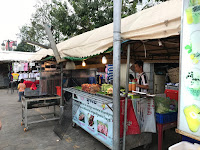 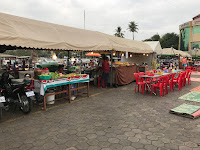 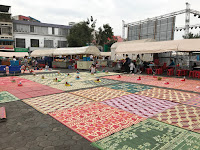 Many dining options, central seating on the mats


Across the boulevard from the night market, with its offerings of fresh-cooked food, the Old Market is doing a good business of selling produce, meat, and fish for the do-it-yourself dining crowd. 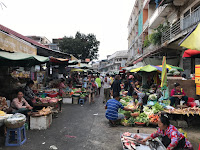 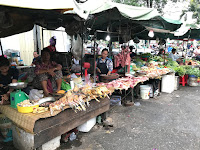 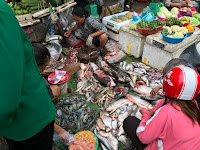 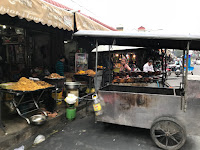 Strolling back to the river, I watch the ferries cross as the sun sets, the lights come on, and the esplanade fills with vendors offering light meals at small tables. 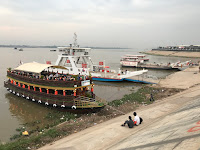 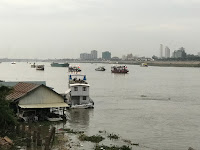 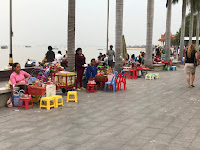 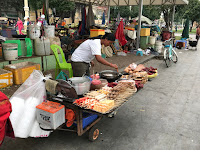 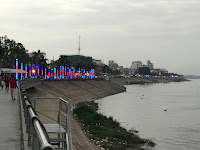 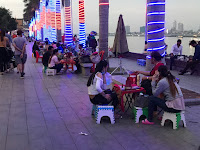 And, the Royal Palace Park and Wat Botum Park fill with people hanging out with family and friends. 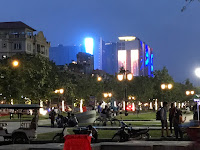 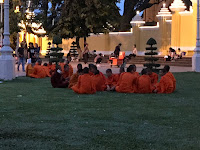 Hanging out in the park

I end my first walk through Phnom Penh and look forward to some serious exploring to come in the next days.