Hangzhou: Walking up the Grand Canal

I head away from West Lake to explore the stretch of the Grand Canal leading from Wulinmen, near my hotel in the center of Hangzhou, to Qiaoxi Historic Block, about 6 km (3.75 miles) up the canal.

The Beijing Hangzhou Grand Canal is one of the greatest ancient projects in China and the longest man-made canal in the world (longer than either the Suez or Panama Canal).  A little under 1800 km (1100 miles), the canal meets five rivers along its path, the Yangtze, Yellow, Huaihe, Haihe, and Qiantang Rivers. The oldest parts of the canal date to the 5th century BC and were built to support  military expeditions of the Wu State against the Qi State.  The various sections were first connected during the Sui Dynasty (581-618 AD) and the canal was widened and expanded to Luoyang, at that time the capital of China, while a route was also added to the present-day Beijing.  The pound lock, which still today is used almost exclusively on canals and rivers, was invented in the Song Dynasty (960-1279) to aid ships in reaching higher elevations while passing through the mountains.  The southern portion of the Canal (leading to Hangzhou) is still in heavy use today. 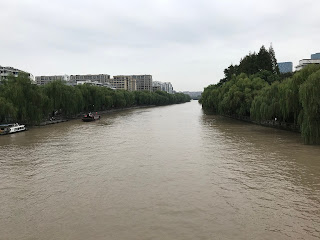 On my way to the Grand Canal, I pass by many small urban waterways that lead into the canal and many parks and sculptures to decorate the beautiful banks. 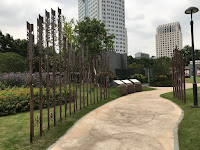 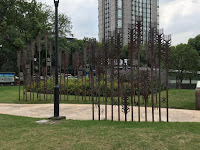 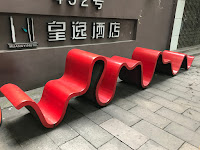 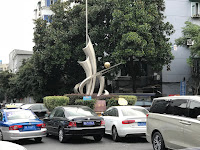 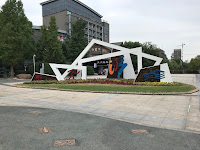 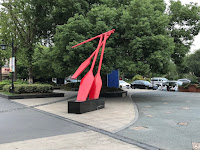 Parks and sculptures on the way to the canal

And, a personal favorite, a duck/goose ride just outside a small market. 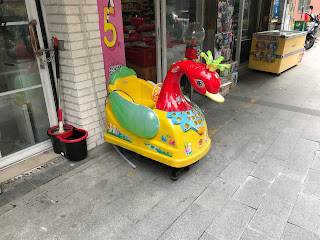 Too bad I'm not smaller

Along the small canals are more beautiful sculpture and people having early-morning dance practice in a local restaurant. 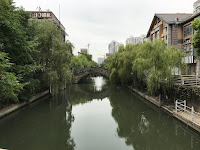 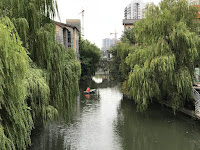 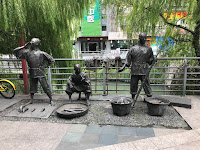 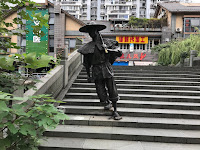 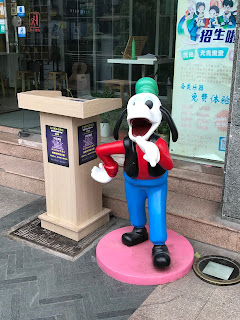 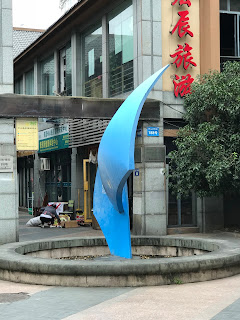 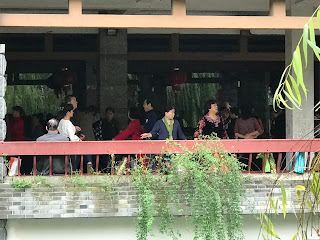 Morning dancing by the water

When I reach the Grand Canal, I stop for a while to watch the river traffic before visiting a few local temples on the way. 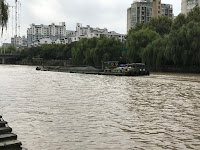 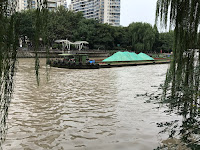 Traffic on the Grand Canal

The canal is full of traffic, both heavy shipping barges and pleasure craft.  I watch them all go by.