Independence Palace, also known as Reunification Palace, served as the home and offices of the President of South Vietnam during the Vietnam War.  The palace was built by the French, completed in 1873, to serve as the residence and offices of the Governors-General of French Indonesia.  During World War II, the palace served as the headquarters for the occupying Japanese forces and, following the war, returned as the office of the French Governor.  In 1954, the French left Vietnam and the country was divided at the 17th parallel, with the palace becoming the home and office of the President of the new South Vietnam. 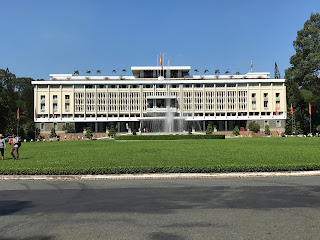 The palace is now a museum.  I wasn't planning to visit, but as I walk down the boulevard from Notre Dame Cathedral, I see lots of people entering and walking around the grounds and I wander over to the entrance to note that the entry fee is only 40,000 Vietnamese Dong (VND), $0.76 USD, very reasonable.  In I go.

The palace grounds are extensive and include, stashed among the trees, fields, and gazebos, military vehicles used by the North Vietnamese in the conquest of the South. 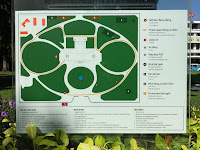 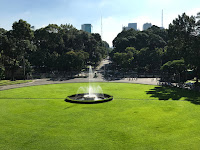 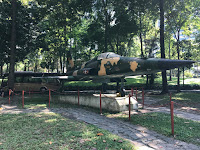 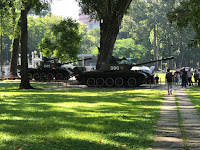 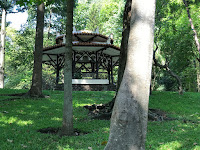 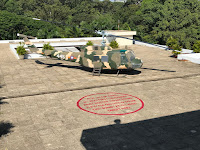 Entering through the front of the palace, I first see the state banquet hall and conference hall, with great views across the grounds. 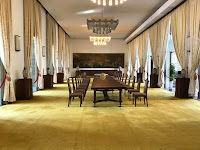 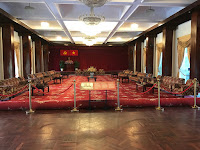 Then, nearby, the cabinet room and the vice president's reception room. 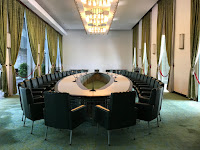 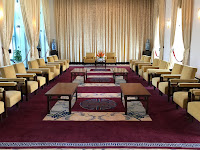 Moving on, the president's reception rooms are even more elegant. 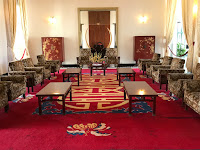 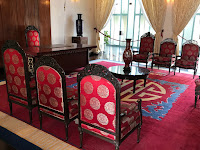 Meanwhile, the National Security Council Chamber is much more functional. 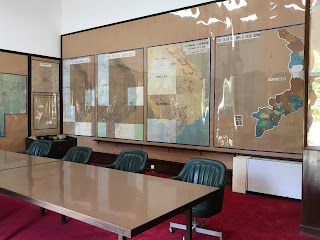 Upstairs and to the rear are the private residence rooms for the president. 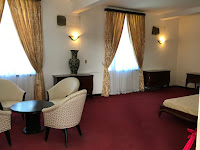 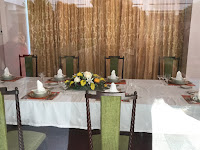 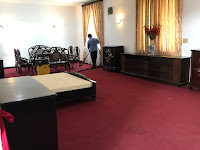 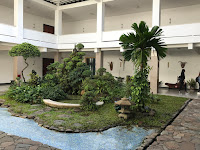 Descending into the basement, I enter the bunkers that served as the command center for running the war.  The presidential family would also take refuge down here during the bombing of the palace. The bunker is build of reinforced concrete and has a staircase with direct access from the president's office. 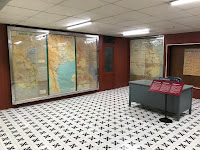 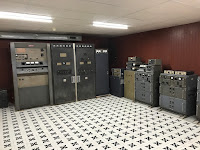 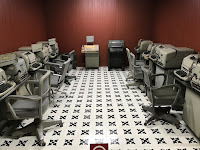 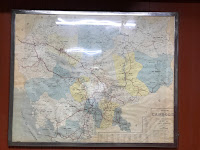 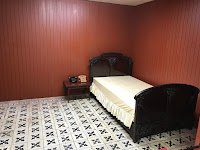 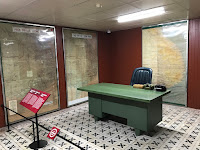 Emerging from the lower levels of the bunker, there are a few more interesting exhibits. 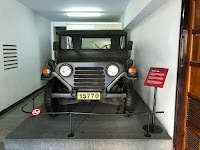 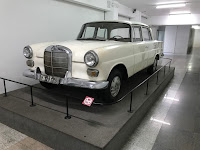 Vehicles used by the president, jeep and Mercedes 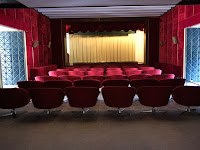 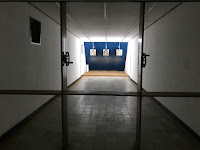 This is great!  I'm sure glad I walked in, I truly enjoyed my trip through the palace!